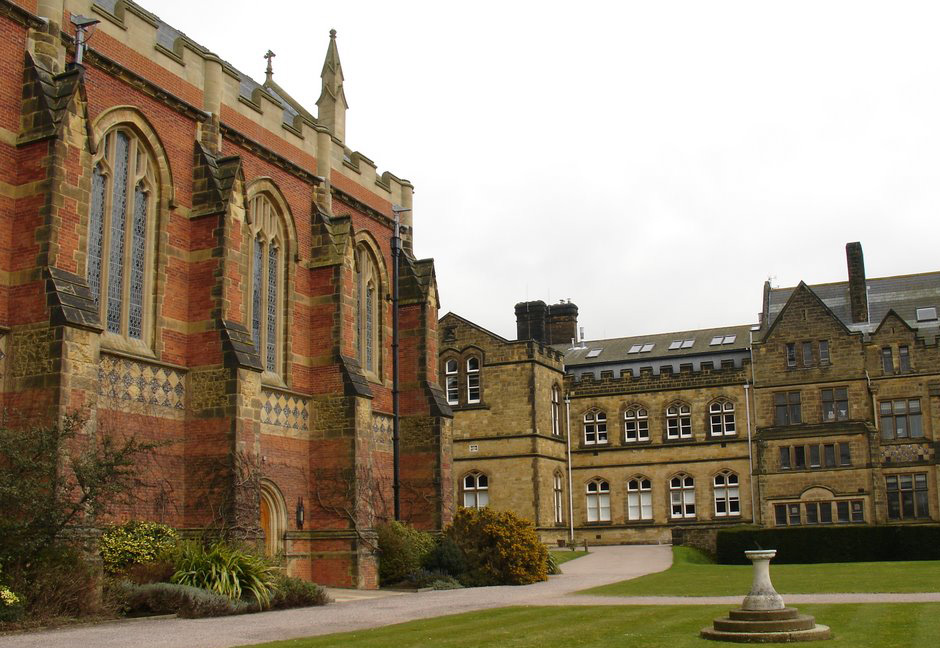 Here you can see a List of Top Most Expensive Schools in UK with there locations and contacts. The educational system of United Kingdom has blind of many institutions, offering both cheap and costly education to the public. Today we are going to have a look at the ten most expensive schools in the UK. This institutions included in this list charge even more than £30,000 per year. They charge such high fees after the amenities they provide to their students. The list of facilities provided by these institution helps the students in their self-grooming. More than that, the list of these facilities include some quality offerings regarding both curricular and co-curricular activities. Furthermore, the boarding and lodging facilities also adds up a lot to the cost of education in these institution. So when we would talk about the cost of education of school, we would be considering not only the tuition fee charged by the schools, but it would include other charges that a student has to pay during course of studies. And one of the most important is boarding charges. Let’s have a look at schools providing most costly education in UK.

In the South East of the country England, the village of Steep, which is adjacent to a market town of Petersfield has a beautiful school known as Bedales School. This school was founded in 1893 by John Haden Badley. He was an honored personality of that time for education works. There is a coeducational system in this institution since a long ago, i.e. 1898. This institute is famous for a number of things. These include its liberal ethos and a relaxed environment in the premises. The well-known Alumni of this school also increase the value of this institution. Comprehensive curriculum of this school covers English and other modern languages. It also includes science subject as well as drama, crafting, and designing. This institute charges. This institution charges Approximate £10,930 from the boarding educators and £8,590 for day educators from educators of age of 13 to 18 years. 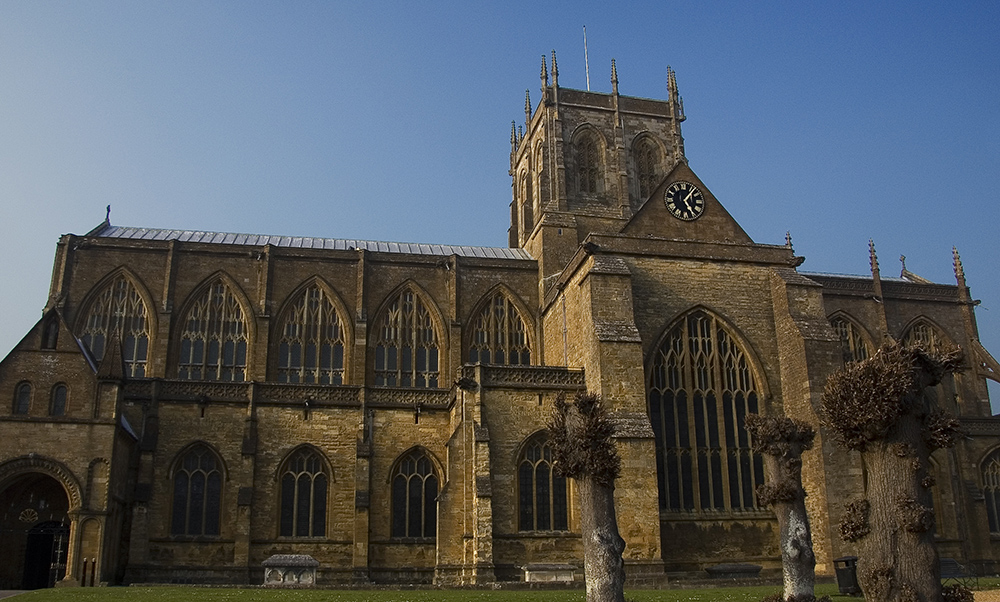 This British institution is located in an area of Sherborne that is in North-West of Dorset. This institute was founded in 1550. A well-known personality St Aldhelm was founder of this institution. It is an independent public school. Sherborne is a boy’s school, which accepts students from age range of 13 to 18 years. This institute provides some extraordinary boarding felicities to its pupils. The total strength is of more than 400 hundred student. These students are divided into eight houses. Each house has both boarding student and day scholars. Regarding curricular activities and sports, to our fortune, this institution is very courageous in both of these things. There are vast grounds in the territory of this school. The cricket ground of this institution has played host to many big matches. Staff of this school has expertise subject of English Language, Mathematics, Humanities. Big Library of this institute offers more than fifteen hundred books. These all things offered by the schools permits it to charge round £10950 for one term.

Founded in 1843, this school is working in Marlborough, Wiltshire. This institution became coeducational in year of 1989. It is an independent public institution having its sister institution in 2012 in southern Malaysia. Total strength of more than 800 educators has more male educators than female students. There is one thing exceptional about the school is its building. The building is constructed on a mound. It gave a face of the castle, of which have no remains now days. However, the construction of the building is supposed to incent very. Main disciplines, which are taught here includes, Languages, Humanities, Sciences, Computer, Designing, and Art. The fee for this school is little higher than the comparable facilities provided by the school. That is, this institute charges around 11,030 per term from boarding students and approximate £9,375 from day students in year 2014/15. 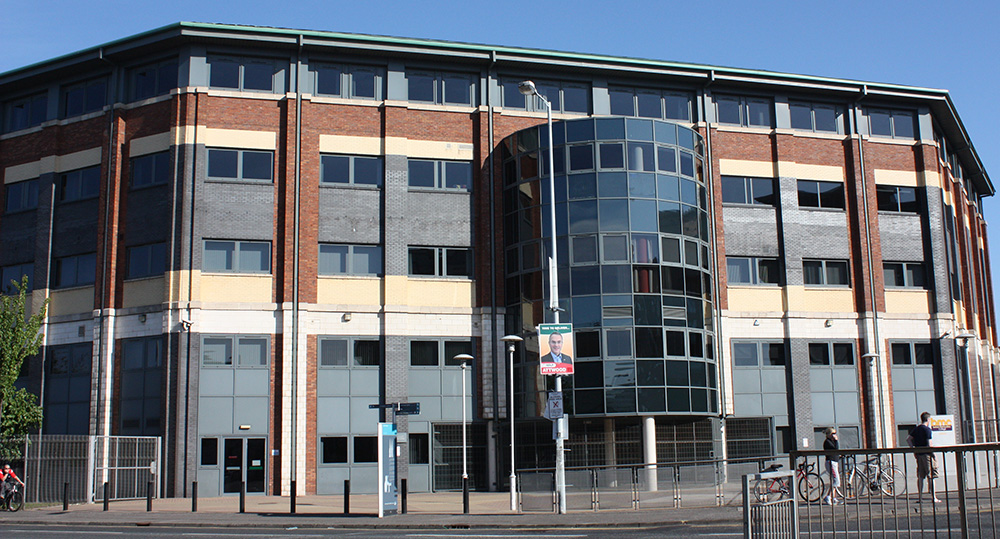 It is an independent public institution, having coeducational system. This institute is in Street in Somerset of England. This school was founded in 1935 by Jack Meyer. There is an enrollment of 1,200 pupils. Of these students, there are 935 boarders who live in the hostels of this institute. The strength is divided into 23 houses; these houses have almost 70 – 80 students in each. However, the houses for male and female are different. It offers courses from age group from 2 years to 18 years. However, it charges around £11,150 from its Boarding students as fee for one term in year 2014/15. 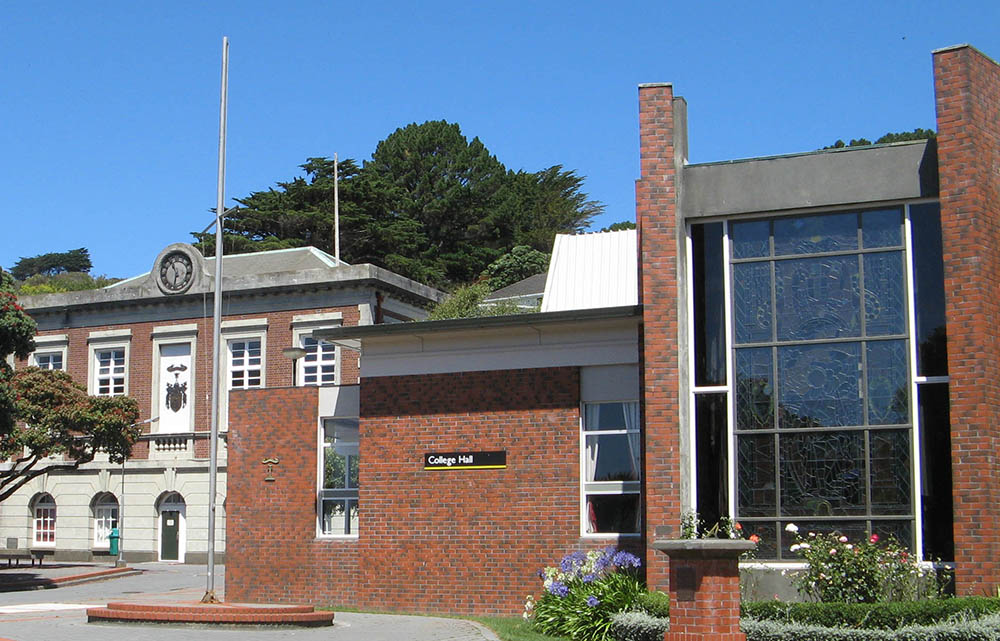 This British oriented co-educational institution is situated in Crow Thorne in Berkshire. It is an independent public institute offering education for both boarding and day students. The school has classed for the students of 13 to 18 years of age. Presently, this institution have more than one thousand pupils in its enrollment. Of which, there are almost four thousand girls are there. This institution has such a unique credit that is its students fought voluntarily in First World War, 707 of the participants of the war were mortared. Similarly, in world war two also, 501 old students of this institution lost their lives. Along with the due course of education, the concepts like delighted to be working with the TES to share many of our teaching and learning resources worldwide, find them here. The ideal lesson, Independent Learning, Personalized and Supported Learning and Tactical Learning have increased the profile of this school among its other competitors. From boarding students, the school charges around £11,375 per term (in 2014/15). Similarly, £8,350 is the per term fee of day students. 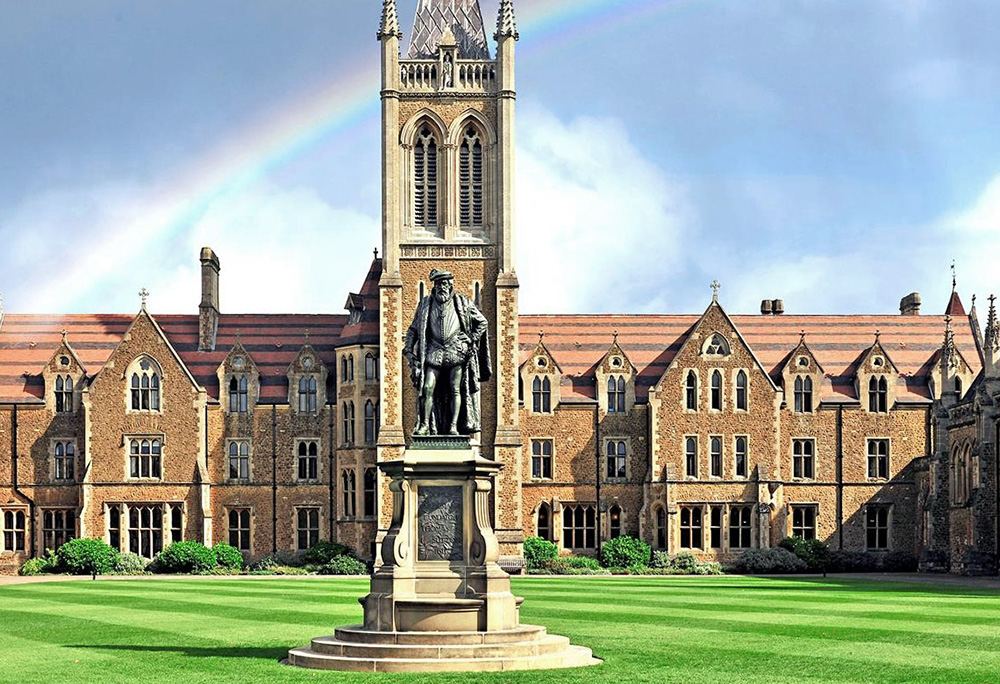 An independent public institution located at Godalming is also known as Chater. It was founded in London in 1611 by Thomas Sutton. This institution has been gone for expansion in its premises from the date of its foundation. It is a boy institute having Total enrollment of eight hundred students. This institution is one of the most historic educational institutions of England. It draws the heritage of the past of English culture. In 2011, the Independent Schools Inspectorate Report stated about this institute that the quality of pupils’ achievements of this school are excellent. Moreover, the students are well disciplined. They get good standards regarding their learning due to their positive attitudes towards education. Approximately £11,415 is the fee charged by the school for one term. This fee is for the year 2014/2015. 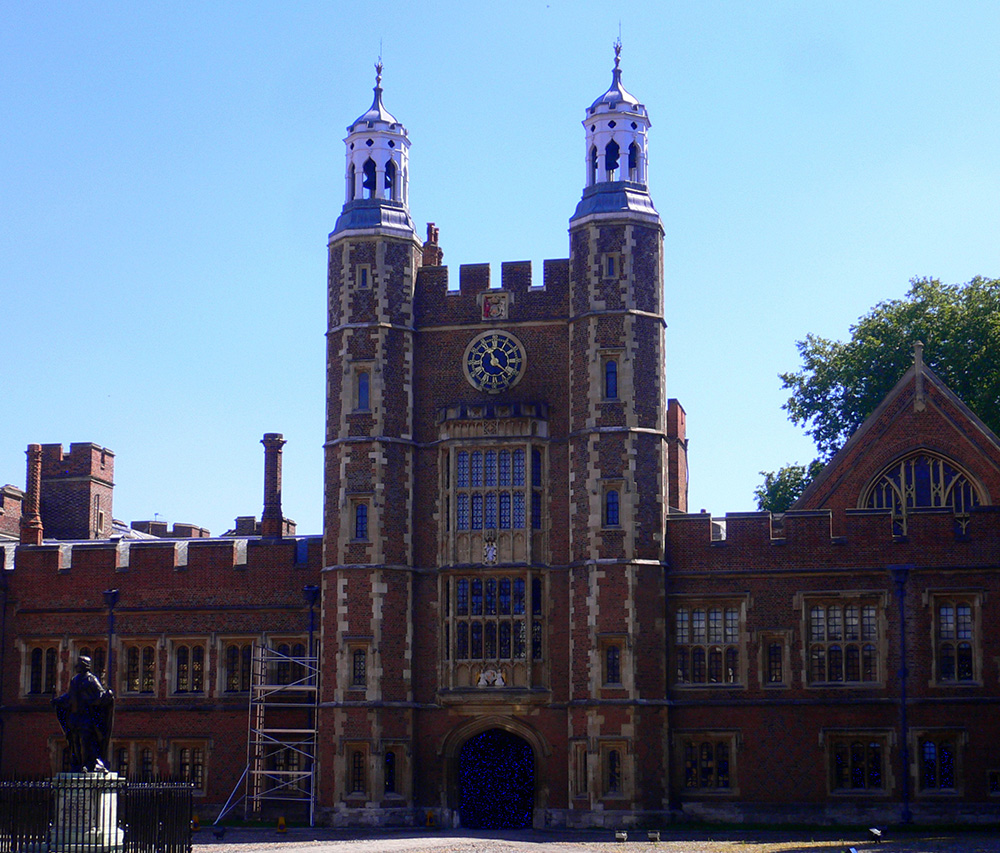 Informally known as Eton, this is an independent public institution located in Eton, Berkshire, and Windsor. This school was founded in 1440 by a well know personality of King Henry VI. It is a boy’s school, offering education to the pupil over 1,300, the education is offered to the student of age 13 to 18 years. It is fully boarding school, so every student has to live at the hostels of schools. A unique thing about this institute is that, it has educated nineteen Prime Minister of British. Eton is known for its traditions, which is explicit in the conventional uniform. That is a black tailcoat and waistcoat and pinstriped trousers. Similarly, the students have to wear white tie in the day time. The curriculum includes almost everything that a boy can get involved. Thus, the disc lips of studies offered here include a wide range of subjects. Along with that, the school is also proficient in arranging curricular activities. Summing up the story for Eton, it’s per term fee is approximate £11,478 for 2014-15.

It Is an English coeducational educational institution, providing number of courses for the students of 11 to 18 years old. This school is situated in Sevenoaks, Kent. It was founded in 1432, and supposed to be the 2nd oldest non-denominational educational institution in history of the United Kingdom. It was the first institute that attracted international students from the other companies. Presently, there are more than one thousand pupils, getting education in this institution. Of which, the number of boys is equal to the girls. This institution charges around £11,526 for as term fee from its students. 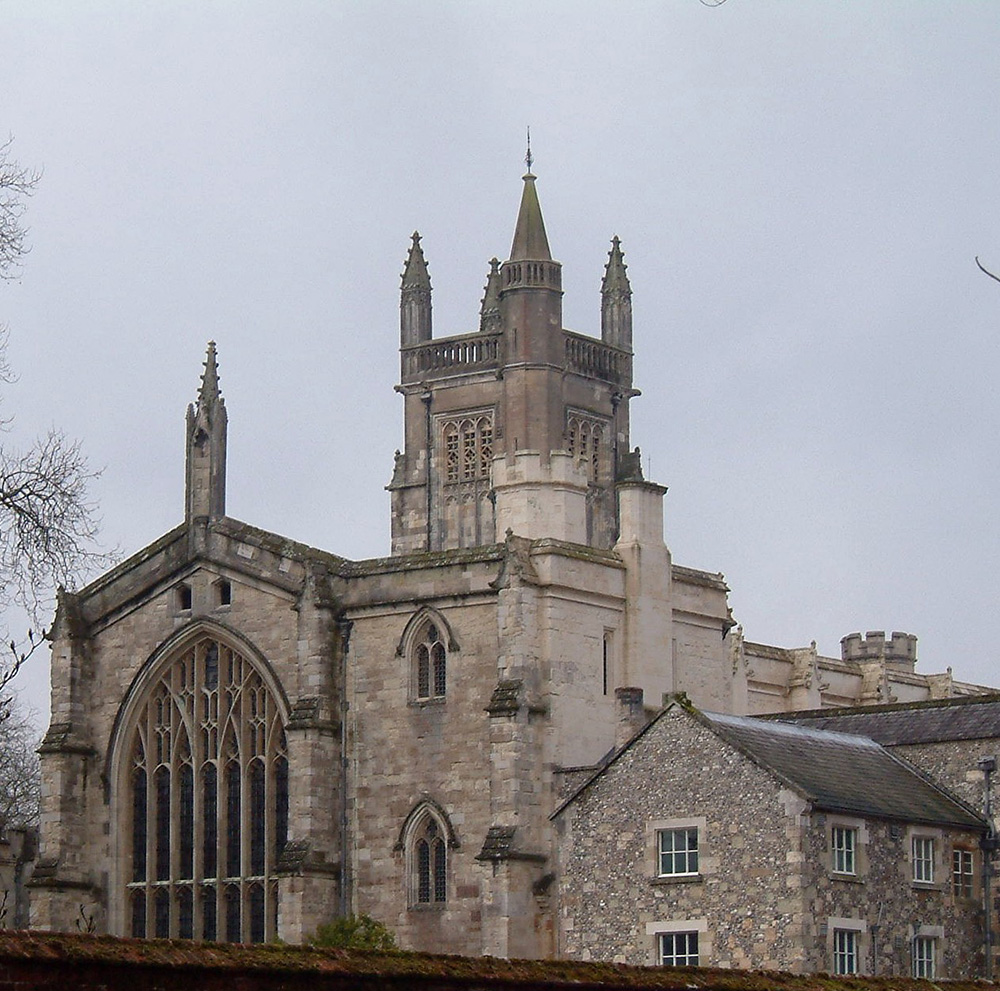 Founded in 1382, this institute claims to have an oldest history of all the schools of United Kingdom. It is said that the Winchester has a long past of more than 600 years. This institute was founded by y William of Wickham and is located in Winchester of Hampshire. It is a boy’s institute having enrollment of more than six hundred students. For every six students, this institute has one teacher to guide him. Else than that, a student of this institution has a number of activities extra-curricular activities, in which he can get involved. This institute has produced world class musicians, speakers. Moreover, students are encouraged to participate in other activities like sports and social works. Ultimately, the result of this all comes excellent in the personal grooming of the students. However, for this all and other boarding facilities, this institute charges a high amount. Thus, per term fee of this school for Sixth term, i.e. for students of 13 years is around £11,580 for one term.

United Kingdom’s most expensive institute is located in Tonbridge, Kent; it is an independent public boy’s institution, which provides some fascinating boarding facilities. Sir Andrew Judd was the founder of this institution, who started this institute in 1553. Besides its long lasting history, this is one those ancient institute who yet have not transferred to turned co-educational system. Currently, more than eight hundred students are getting education here in different departments here. There are 24 departments in this school, offering a wide range of discipline of studies. Along with that, this school is famous for its curricular activities also. While, the fee charged by this school for a term of 4 months is £11,721 from student of sixth grade.

In end, the fact which is important to note here is that, the High fees charged by this institution may not signify a school with some extraordinary grooming of the students. Students of most of these schools are unable to get into good universities. In the list given above, students of Winchester, Tonbridge, Eton and Charterhouse succeed to get admission into Oxbridge