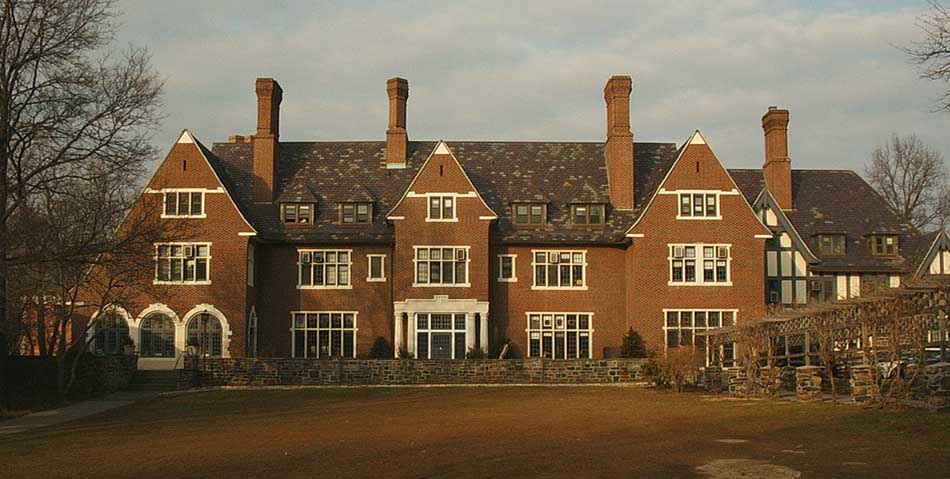 In this article, we are going to discuss the top ten most expensive colleges in the world. This ranking is assigned by the fee structures of the colleges. But, first of all, we will focus that What is a college? A college is a learning place. College word is derived from a Latin word Collegium, which means a group of professionals having same goals and working in a fully trusted environment. The usage of the word college may vary in different countries. As, in the United States and Italy part of universities is considered as college. In Asia, it means high and secondary school. Higher education and secondary education schools are named after colleges in some countries. In the Victoria States, High schools are named after colleges. Colleges provide the education till bachelor level, and these institutes do not serve for master level education. People have to join universities for their further education. Because universities offer them the best learning environment, place, and other related facilities.  In Australia, high schools were referred as colleges in 1990’s. As colleges offer a suitable study environment for under post graduation programs, that is why at the end of the 1980’s in Australia many colleges were referred as a part of universities. In the following, there is a list of top ten most expensive colleges of the World: 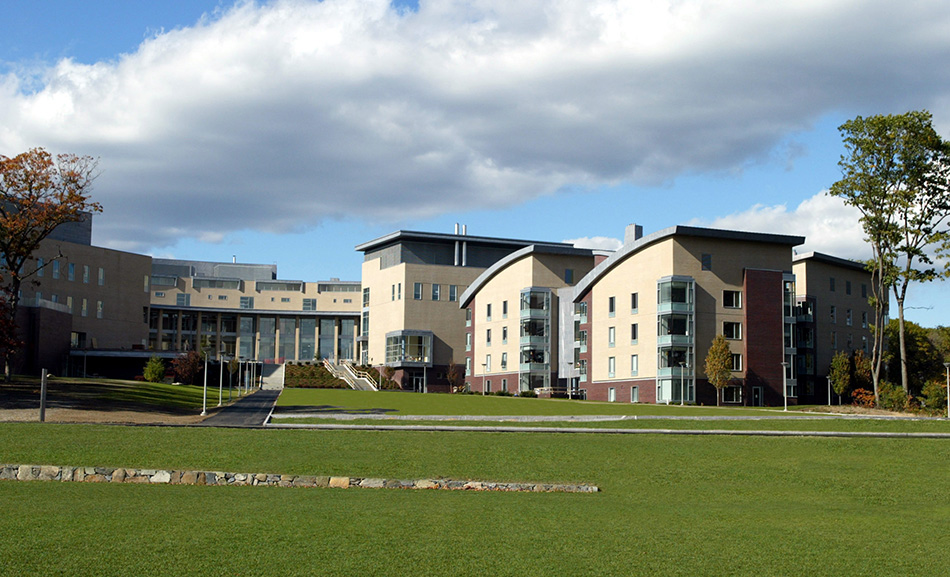 It is a private undergraduate engineering college situated in Massachusetts. It is funded by F. W. Olin Foundation. It is listed at 10th in top ten expensive colleges in the World. It is considered as very expensive to study in this institute. Its annual charges, including room and boarding facilities, are $61,881. While excluding this room and boarding facilities, it costs $46,681 per year. The tuition fee is incremented by 9.8% annually. The half tuition fee scholarship is currently awarded to each student. 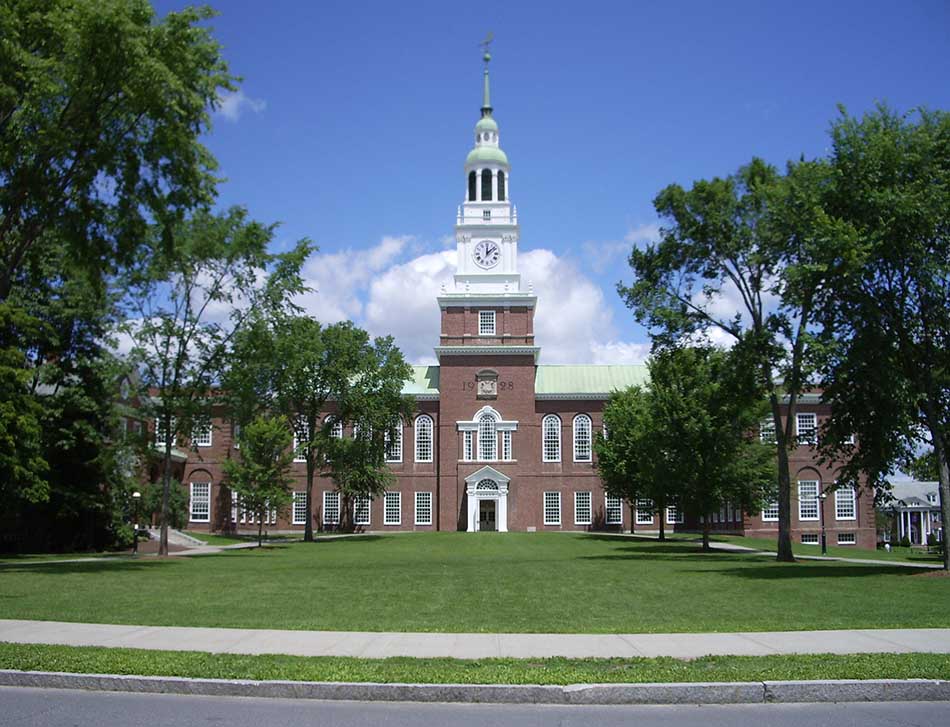 It is a private Ivy League research university in the United States. It is considered as very expensive to study here. The annual fee of Dartmouth College is $61,927 This fee is charged when students carry education with room and boarding facilities. Without these facilities, the annual tuition fee is $48,108. This tuition fee is increased by 3.9% every year. It is out of the reach of many people. Only high-class students can afford this. 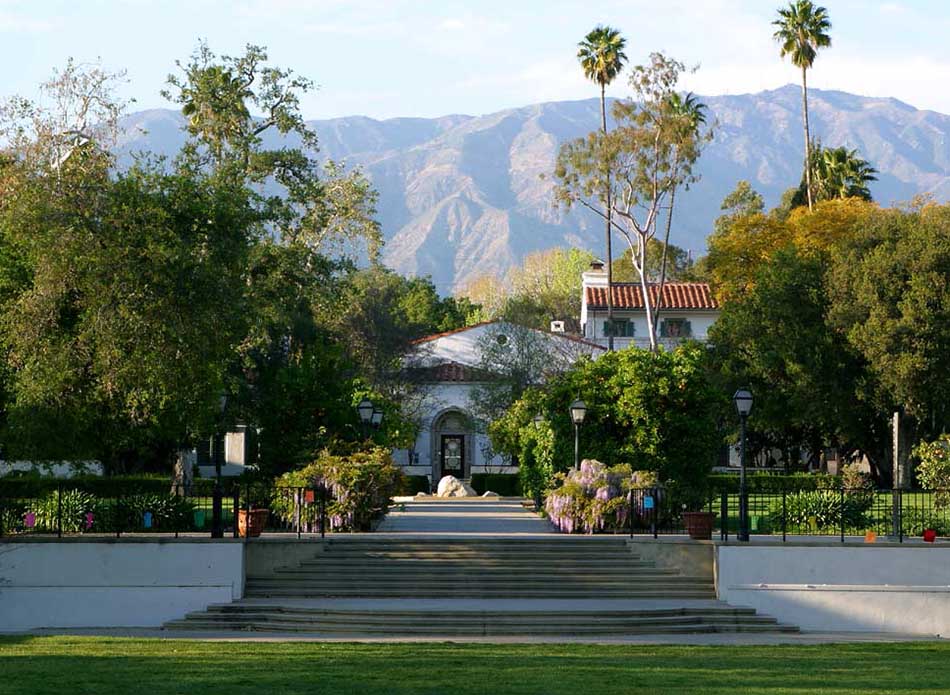 It is a private arts liberal women’s college located in California, United States. It was founded in 1926. It is one college of the Claremont Colleges chain with an enrollment of 950 students.  It is considered very expensive to study in this college. Its annual fee is $61,940 including room and boarding facilities. While excluding these facilities, its annual tuition fee is $47,378. The tuition fee is increased by 4% every year. In 2015, it is ranked as the 3rd best women’s college in the category of best liberal arts colleges in the nation. That ranking was done by US News & World Report. 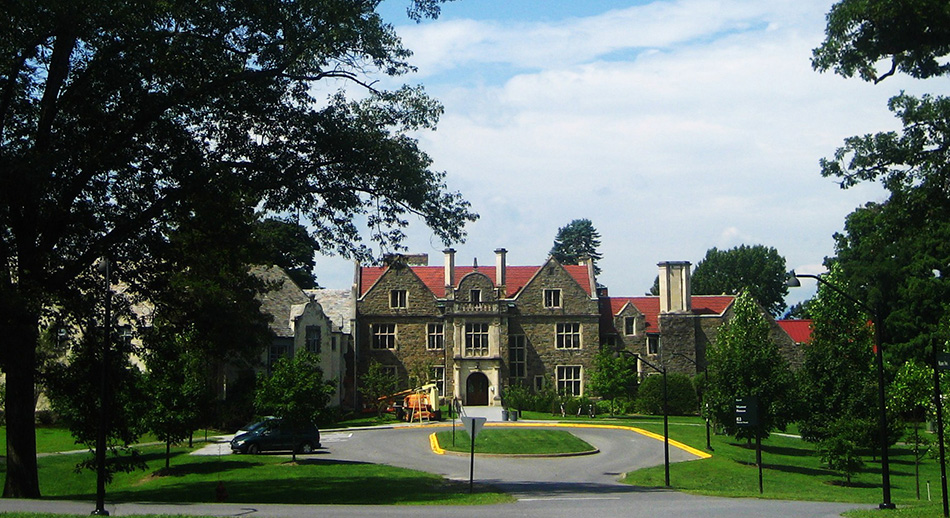 It is a private liberal arts college in Annandale-on-Hudson, founded in 1860. It is considered as 7th most expensive institution in the world. Only highly intelligent and highly talented students can get admission in this institution. The annual fee of studying at this college is $62,012. It is charged when students carry their study with the room and boarding facilities. Whereas the only annual tuition fee is $48,240. This tuition fee is increased by 4% per year. As well as the education in the arts, this college also offers eight graduate programs and over 20 graduate degrees in the sciences. But it is very expensive to study in this institute. 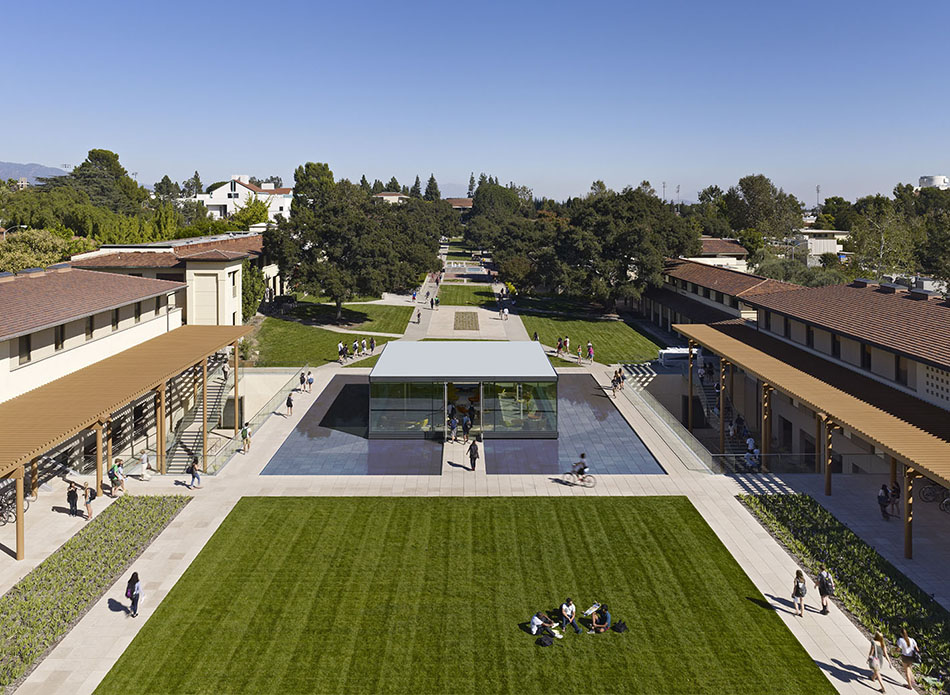 It is an independent, co-educational and private liberal arts college in America. Its main focus is economics, Govt, and public affairs. It is the member of Claremont Colleges, California. Claremont colleges are the American consortium consist of five undergraduate and two graduate schools of higher education situated in California. It is considered as 6th most expensive learning institute. Including room and boarding facilities, its annual cost is $62,215. While the annual tuition fee is $47,395, Which is without the room and boarding facilities. The tuition fee is increased by 3.9% per year. 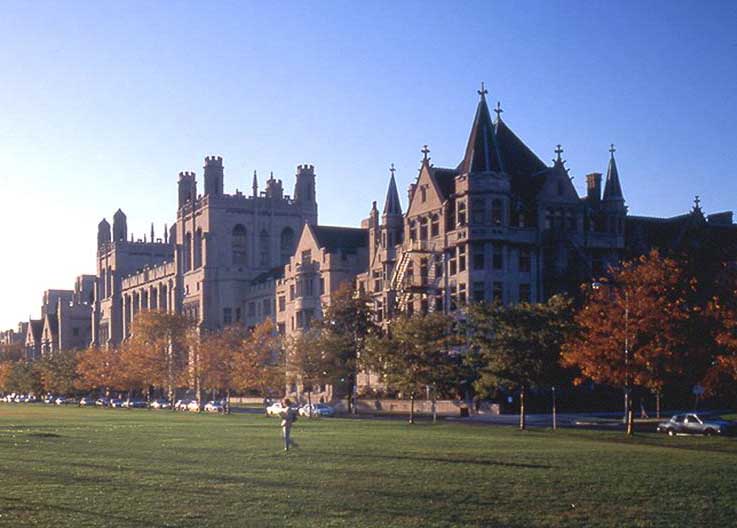 It is a private research university in Chicago, established in 1890. It is ranked as  5th in the list of most expensive learning institutes. Students from high class and mega rich families can afford to study in this institute; those students have a very high level of intelligence. Its annual fee is $62,458 with room and board facilities. While without these facilities it costs $48,253 per year. Its annual increment in tuition fee is 4%. This university has an outstanding alumni, 89 Nobel prize winners belong to this institute.

New York University is private, nonsectarian American research university located in New York. In 1831,  American higher education created this university, and it is the largest nonprofit institution of America. The students with high intelligence and talent get the admission in this institute. It is ranked as 4th expensive college in the world, and that is why only rich families can afford its fee. Its annual cost is $62,930 including board and room facilities. By excluding these facilities, the only tuition fee is $46,148 per year. To study at this university is considered as the best and most expensive. 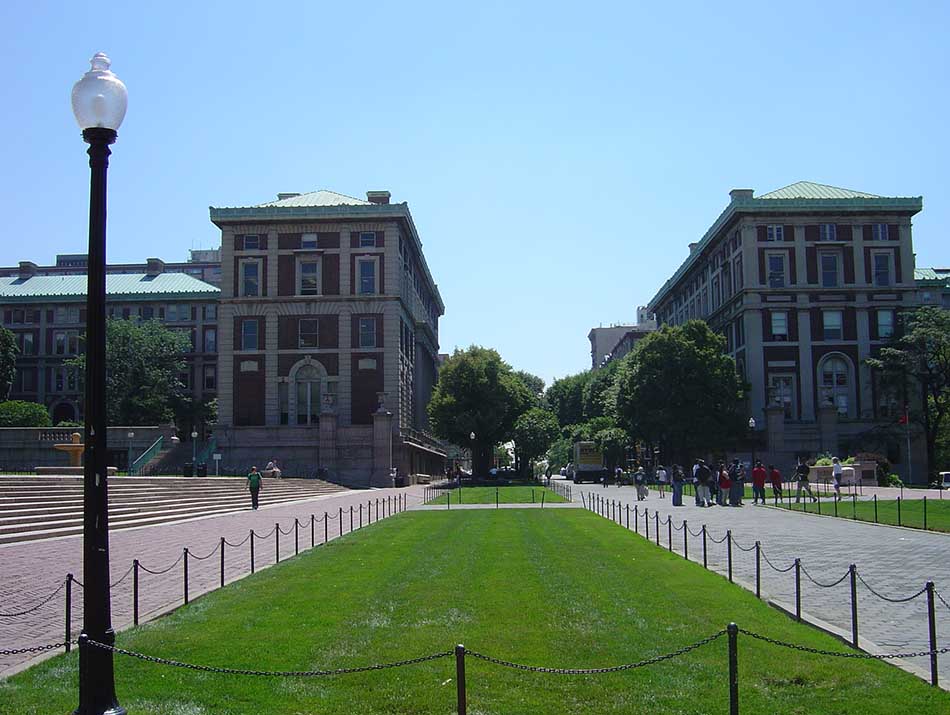 Columbia College is the oldest undergraduate college at Columbia University, situated in New York. That is enlisted in most expensive colleges list on a 3rd number. Its annual cost is $60,450 with the boarding and room facilities. Without room and boarding facilities, the annual tuition fee is $51,008. Annually, the tuition fee is incremented by 3.4%. This college is famous for its comprehensive core curriculum. It is very selective in its admissions and students having a high intelligence level get the admission here. It is the oldest college of superior learning in New York and 5th oldest in the United States. 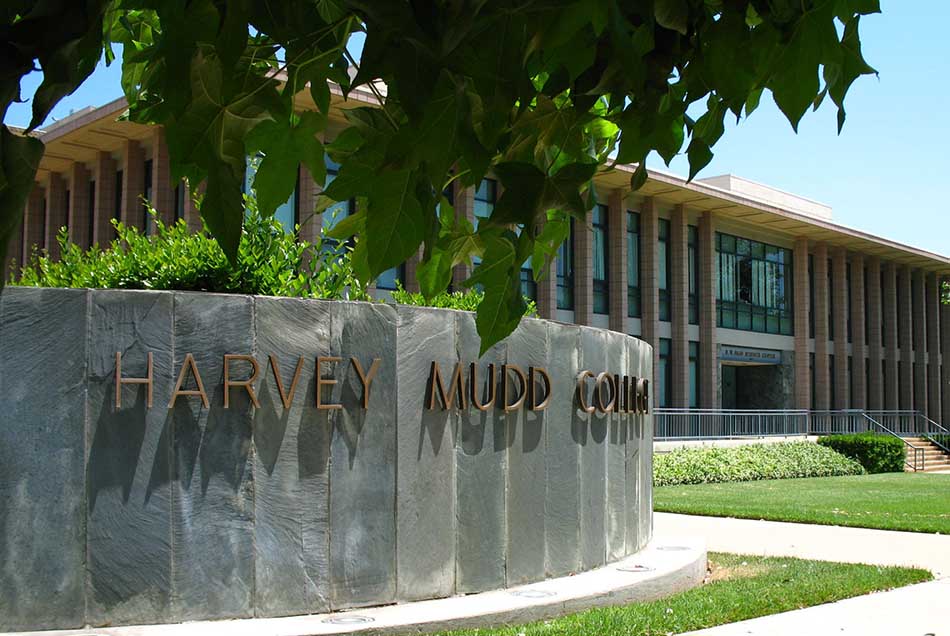 In 1955, a private residential liberal arts college was founded named as Harvey Mudd College. It is included in the list of most expensive colleges and is ranked as the 2nd most expensive college. Students of this college are very intelligent and belongs to very upper-level families. With the room and boarding facilities, it costs $62,548 per annum. Whereas without these facilities its annual tuition fee is $48,253. The per year increment in the tuition fee is approximately 4%. In 2014, money magazine ranked this institution on 7th among 1500 schools in the best college ranking.

It is a private liberal art college in the United States. High academic standards are the reason of its good recognition. It is the most expensive college in the world and afforded by only high class and mega rich people. With the room and boarding facilities, its annual fee is $65,480. While without these facilities, the annual tuition fee is $50,780. Annual increment in tuition fee is about 4.3%. In National liberal arts colleges list, it is ranked 57th number. This ranking is done by U.S News and World Report and by Forbes ranking of top 100 American colleges. It provides education both in degree tracks and continuing education plan. It is also included in the list of most Most Expensive Universities of USA

The above ranking is given by fees charged by the colleges. Colleges do not offer a higher level of education and the best place with the best learning environment. But many people prefer to study in colleges instead of the universities. It is due to their superior quality of education. The above colleges are charging very high amount of fees and affordable by very less number of people. But due to their facilities like best learning environment and career development programs people still prefer these colleges to study.