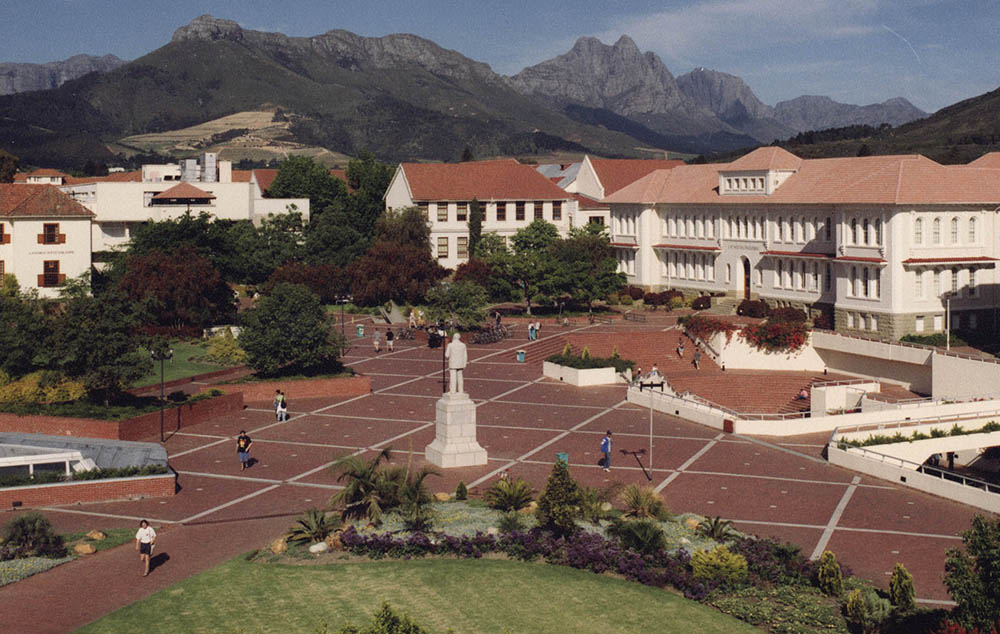 This article is about the Best Law Universities In Africa. The detailed locations and contacts are also provided. Africa is popular continent having large number of population. It is a well-renowned continent in which not only tourist are attracted but also the students. African educational Universities are famous all over the world no matter to which field that institution belongs. Students from different countries of the world aim to study in African Prestigious institution. Because of the quality education they secure their future by studying in well-reputed African Universities. If a country wants to prosper, law and justice must prevail in a society. Lawyers and Judges are also known as back bone of society. They play an integral part in the development of society by preventing injustice. Law is a very interesting field. Law courses are admired everywhere in the world. Many students in this modern era specialize in Law to become Lawyers. Many universities offer Law education to facilitate students. Students must firstly decide in which best institute to study first. They must figure out the institute they are interested in. So we will tell you about those prestigious institutions. Our list will be helpful to the students who are interested in best law schools in Africa.

Following are the best Universities in Africa: 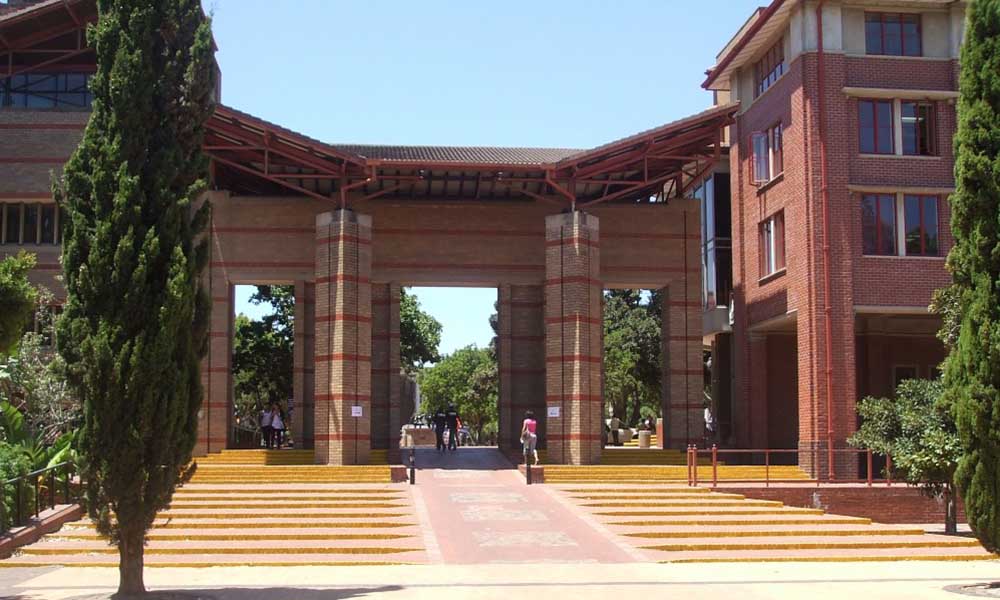 University of Western Cape is at number ten in the ranking of Top Ten Best Law Universities In Africa. This is a prestigious public Institute, which is situated at Cape Town in South Africa. 15226 students were registered in this institution in 2011. Among them, 11836 were registered as the undergraduate. While 3390 were registered postgraduates. In 1959, this well-reputed Institute of Africa was established. This public University is affiliated with HESA, IAU, CHEC, and ACU. The Faculty of Law has four departments. Which are Private Law, Public Law & Jurisprudence, Mercantile & Labour Law, Criminal Justice and Procedure. It was given the rank of 885th in the world, 7th in Africa and 6th in South Africa by Webometrics. It is best school for law. For any query, institute has its official website named as uwc.ac.za. 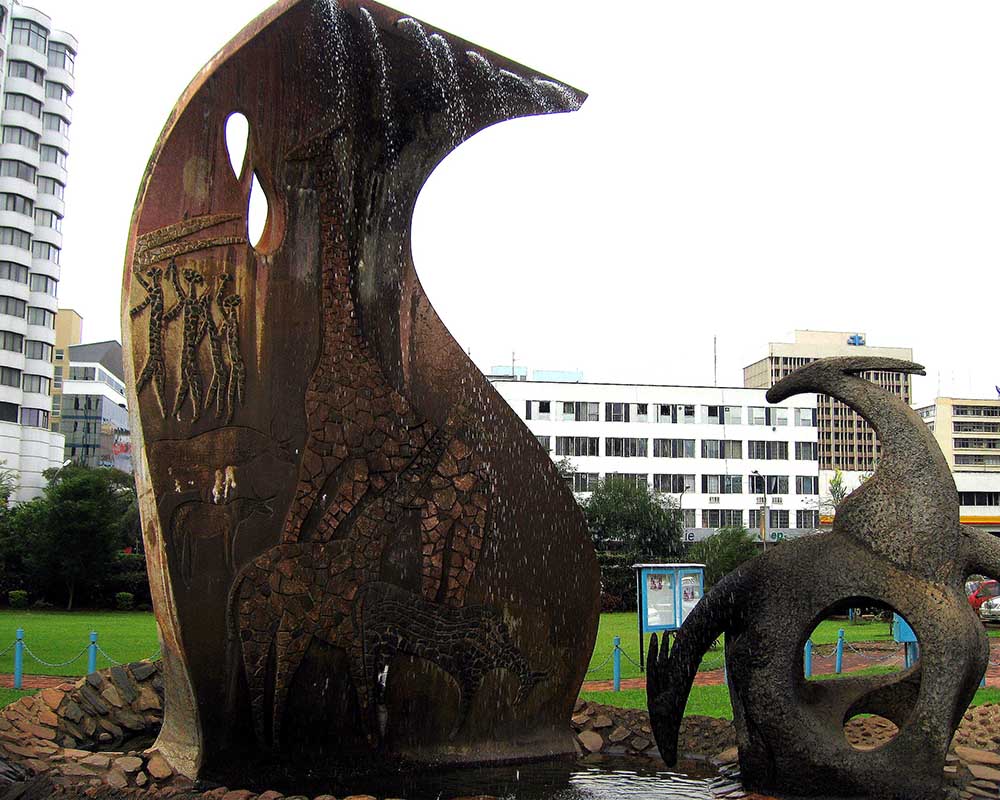 This institute is known to be the largest and best Kenya Institute. The institution enrolled 22000 students in 2002. This prestigious law institution is located at Uhuru Highway in Nairobi, Kenya. DR. Vijoo Rattansi is the chancellor of this public research institute. It is affiliated with ACU, and its campus is present in Urban Area. It offers Law Degrees to students. There are Private, Public and Commercial Law Departments here. The famous alumni of the institutes are DR. Smokin Wanjala. He is the Judge of the Supreme Court in Kenya. It further includes Hon. Martha Karua. She was the former MP and Minister. She was a Lawyer by Profession. There are many other noticeable alumni of the institution. Webometrics have ranked it 855 in the world. The Presence rank by webometrics is 330 while the impact rank is 2579 and have 1400 excellence rank. 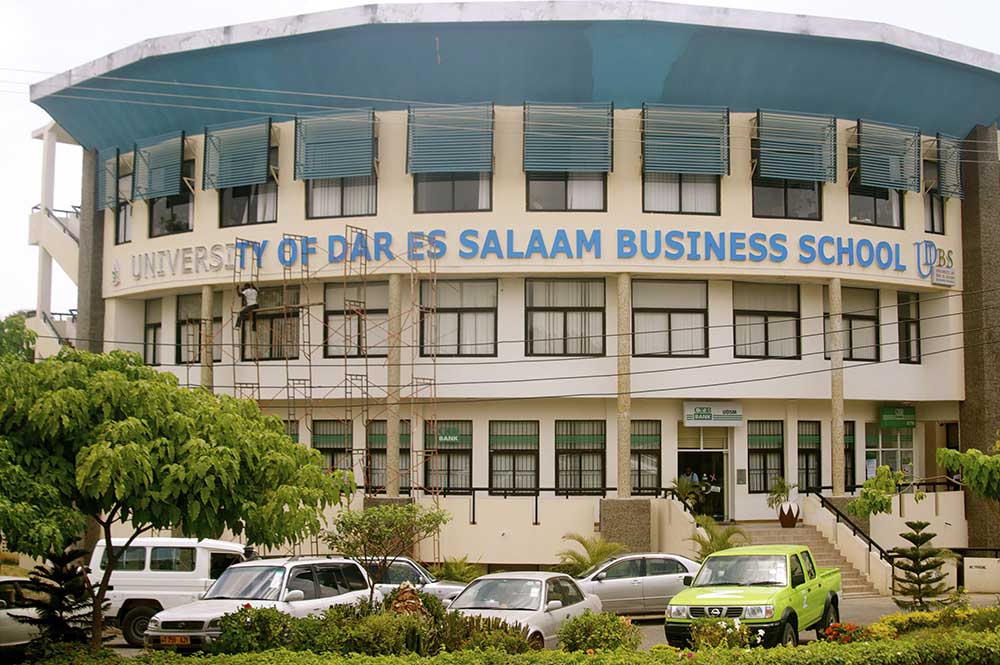 This public institute of Tanzania was founded in 1970. 19650 students were registered here in 2007. Among them, 17098 are the registered undergraduates. While 2552 are the registered postgraduates. Institute is situated in Dar es Salaam in Tanzania. Wisdom of Freedom is the motto of the institute. It offers Bachelors of Law and B.A in Law Enforcement. It was ranked 2965th by Academy Rank in 2013. It was also ranked 1977th by Webometrics in 2012 in the world. The University is affiliated with AAU, ACU and IAU. Udsm.ac.tz is the official website of the institute. It is helpful for the students who want to know about the admission process or any other query. 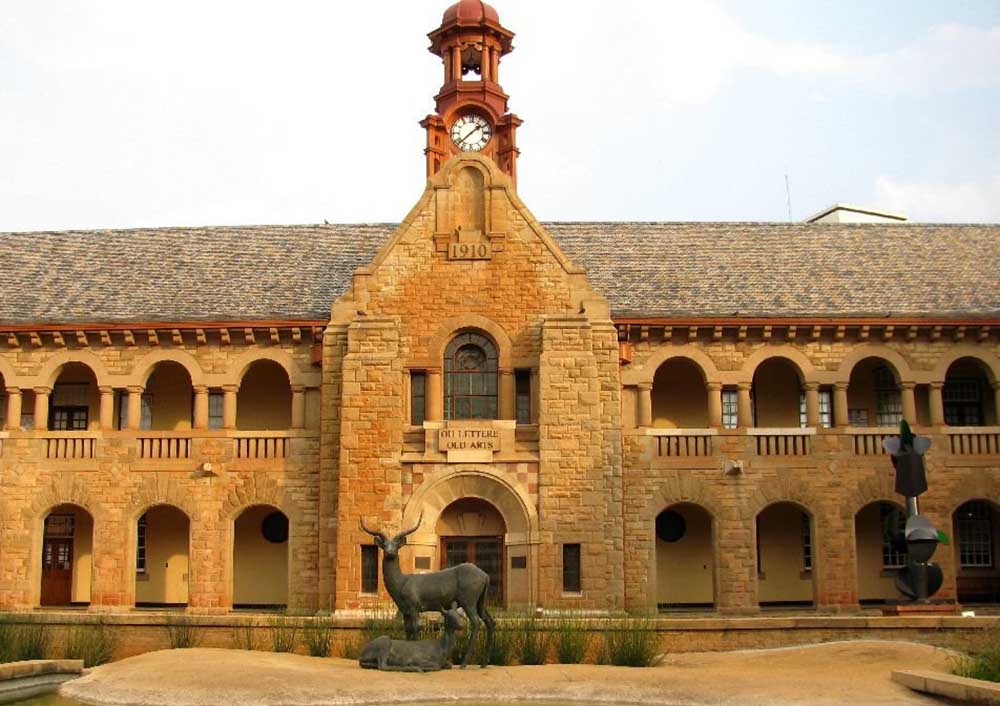 This is a prestigious public research institute of South Africa. This is the well-known institute of Africa and was established in 1908. 62000 students were registered here in 2011. The institute is situated at Pretoria in South Africa. There are seven sub urban campuses of the Institute. Faculty of Law offers LLB, LLM and LLD and many others programs. Beside compulsory subjects, Students can also select the programs as there are 28 electives offered. Such as Law and Community, Environmental Law, Cyber Law and Transnational Business Law. According to Webometrics, it was ranked 2nd not only in Africa in 2011 but also in South Africa. In 2011, it was also given the rank of 501-550 in the world by QS by QS World University Ranking. 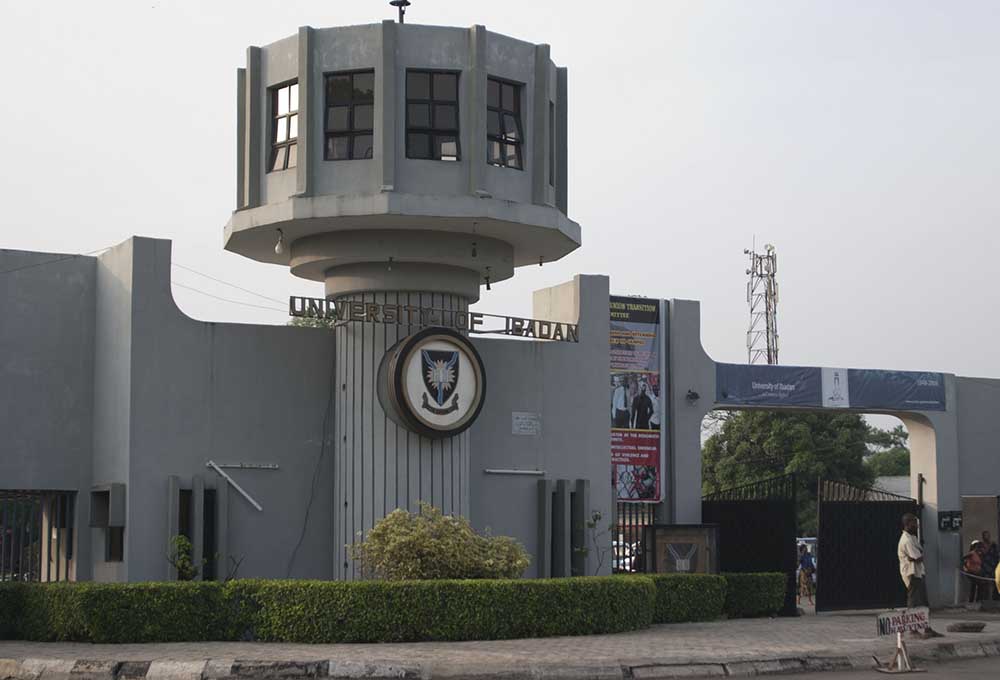 This prestigious institute was founded in 1948. This is one of the oldest institution and is situated in Ibadan Nigeria. This public Institute have enrolled 33481 students. Isaac F. Adewole is the Vice Chancellor of the Institution. Uni.edu.ng is the official website of this well reputed institute. Faculty of Law offers LL.B, LL.M and PH.D. Private and Business Law & Public and International Law Departments are present here. In 1981, the Department of Law was established in this institute. The noteworthy alumni of the University include Elechi Amadi and Claude Ake. Claude Ake is the well renowned International Scholar. Ui.edu.ng is the official website of the institution. Any query or information can be asked online. 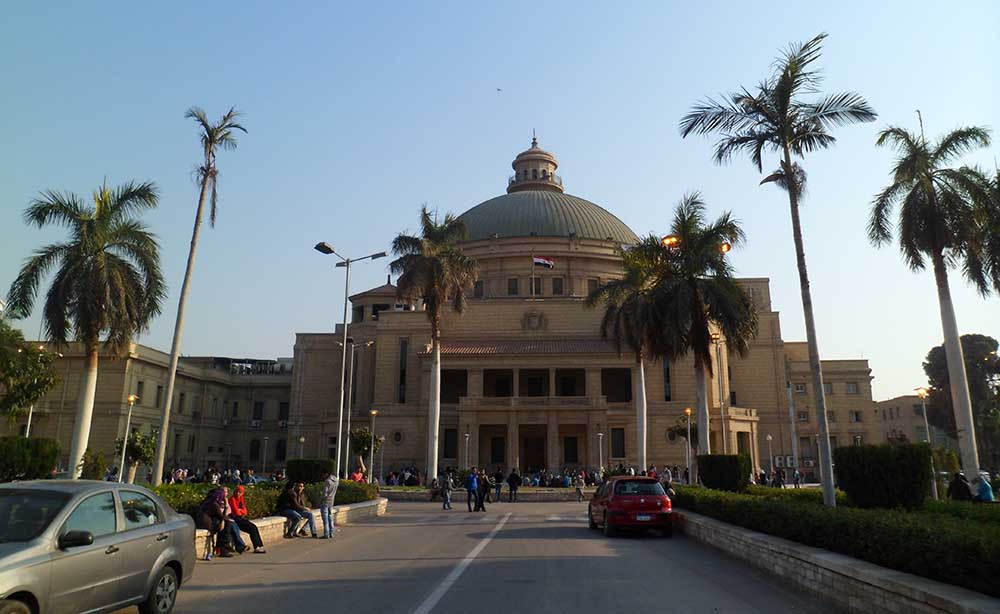 This is a public institute which was founded in 1908. This is the well renowned 2nd oldest higher education Egypt institute. 257200 students were registered here in 2009. It is situated at Cairo University Road in Giza, Egypt. Campus is in the urban are and is affiliated with UNIMED. The official website of the Institution is cu.edu.eg. Any information regarding faculty of law can be asked here. Every information regarding the institute is provided online to facilitate students. This prestigious University was globally ranked 401-500 By ARWU. QS World University Ranking have also ranked it globally 551-600 in 2014/2015. It is also one of the best Egypt Institute as it was ranked 2nd by QS in 2014. 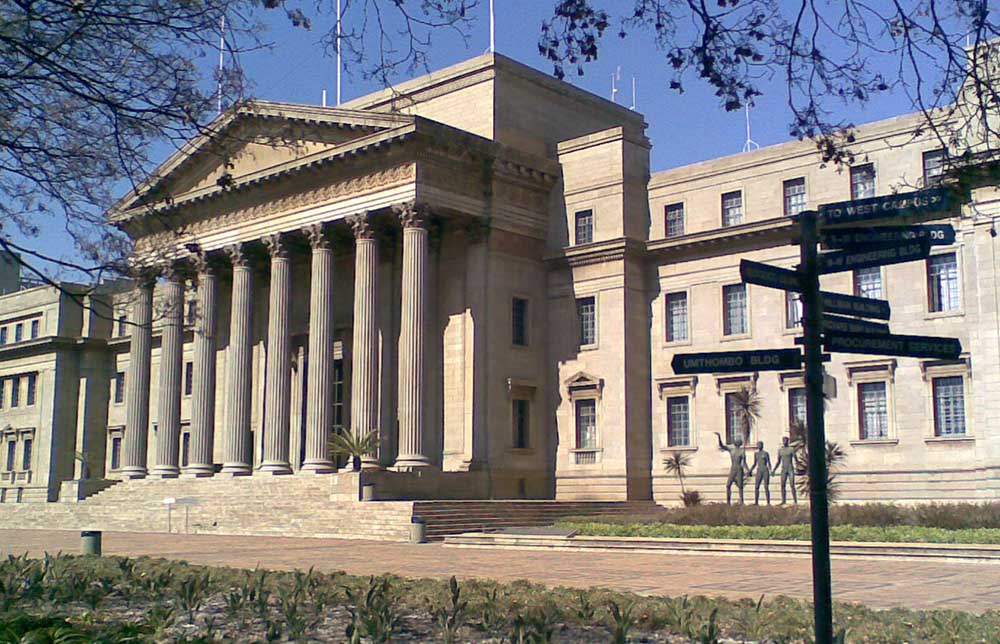 This Multi-campus African Institute is at number four in the ranking of Top Ten Best Law Universities In Africa. It is a well renowned public research university. This prestigious institute is situated at Smit St, Johannesburg in South Africa. 30833 students were registered here in 2013. Among them, 20953 were registered undergraduates. While 9516 were registered postgraduates. Law Library is also present here to facilitate the students. In 2009 Wits, was ranked 250-275 worldwide by Times and QS World University Ranking. It was also given the rank of 226-250 by Times and QS World University Ranking. In 2013, there were 58.40 % African students, 13.145% Indian and 0.67 % Chinese Students were present here. While there are 54.56% Female students and 45.37% Male students in this institution. 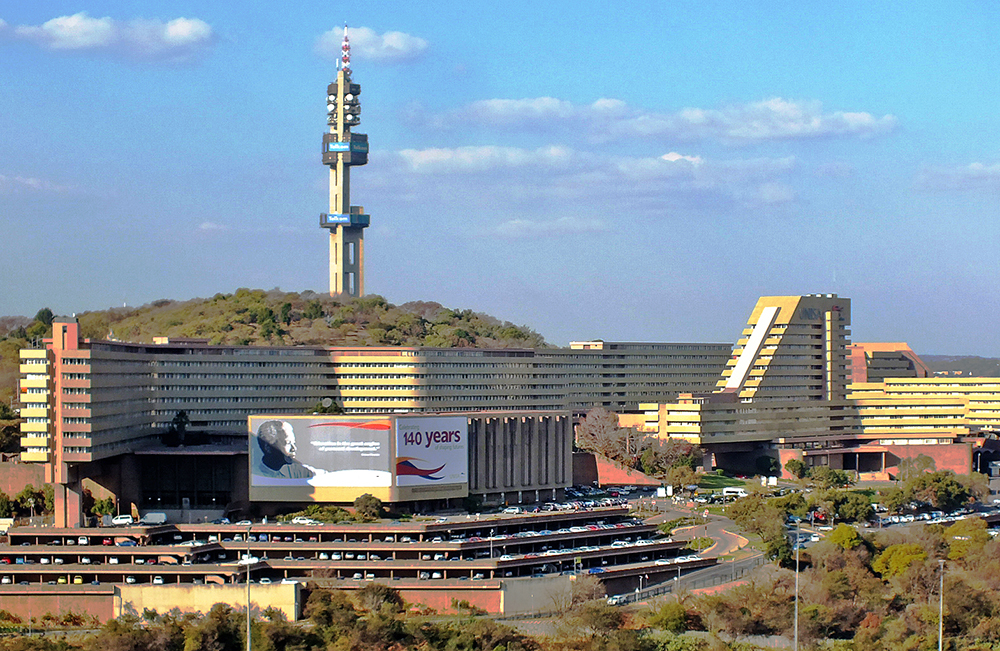 This Most renowned and largest African Institute was founded in 1873. It is situated at Preller Street, Muckleneuk in Pretoria, South Africa. 336286 students were registered in this institute in 2012. C.E.O of this well-reputed Institution is Mandla Makhanay. This is a famous distant learning institute of Africa. In 2011, there were 5575 administrative staff were present. School of Law offers Public, Constitutional and International Law, Private Law, and many others. This institute was ranked by Webometrics. According to them in 2013 they were given 862nd rank in the world. While in South Africa they were ranked 6th. The noteworthy alumni of the University include Puis Langa, Nelson Mandela and many more. 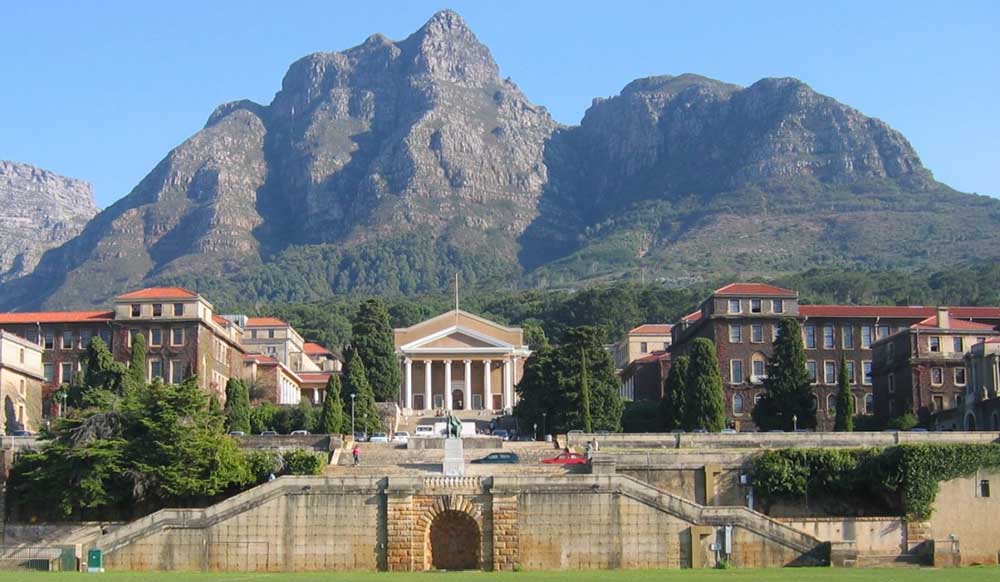 This is a well-renowned Institute of Cape Town situated in Rondebsoch, South Africa. In 2013, 25508 students were registered here. Among them, 15800 were registered undergraduates. While registered postgraduates were 6700.Endowment of this public institute is R2173.4 million. The academic staff of the institute is 1980 present in the institute. While 2520 Administrative staff is present in the institute. This African University is also known by its nick Ikeys. DR. Max Price is the chancellor of this university. This is one of the best institutes of Africa and is ranked 1st by Times in Africa. Times have given it the rank of 113 while 141 rank was given by QS globally.

This is the best institute of African Continent. This is public research institute which was founded in 1866.  This well renowned and well-reputed institute is situated at Stellenbosch in South Africa. In 2010, 27694 students were registered here. Among them, undergraduate registered students are 17970. While registered postgraduate students are 9853.Endowment of this research institute is R1483 .99 million. 939 is the total academic staff present in this institution. While 2019 is the administrative staff of the Institute present here. According to University Rankings Times and QS have ranked it 3rd best in Africa. It is among best Universities for law. It is at 1st number in list of top 10 best law institutes in Africa. It was also ranked globally as 390 by QS and 251-275 by Times. The Institute offers undergraduates LLB, BAccLB, BA (LAW), and B.com(LAW).  It also offers LLM, Post graduate diploma in intellectual property law, in Tax Law and three year LLB.

The above mentioned are the top ten law schools. Such as Webometrics, ARWU, QS World University Ranking, Academy Rank for Africa, Times and many more. These are the institutes which are also facilitating students which aim to be Lawyer. These are top Universities in Africa. These African Top Institutes succeed in attracting students from different countries of the world.