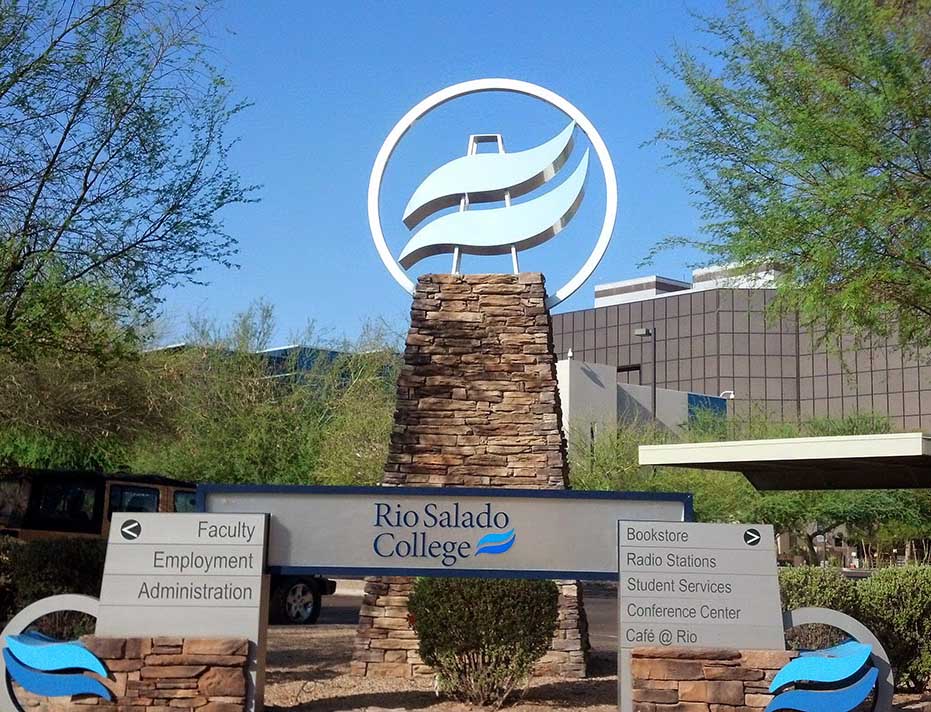 Aviation is known to be the science of flying the aircraft. Aviation is a very interesting field. As many students are showing their interest towards this course of study. To have a bright aviation career, many institutes offers these subjects. Such as Aviation Sciences, Aeronautical Management Tech, Aviation & Tech, Aircraft Structural Repair Tech and many others. People can gain challenging experience by studying these programs and doing a job. After studying them, students can become Air Traffic Controller and Aircraft Mechanics. They can also become Airline Pilots, Flight Engineers, Airline Flight Attenders and many more. People can also enjoy a handsome amount of money. As salaries by earning from working in this aviation field. So today we will let you know about the best aviation degree colleges. Following are the best aviation institutes that we have ranked for you people: 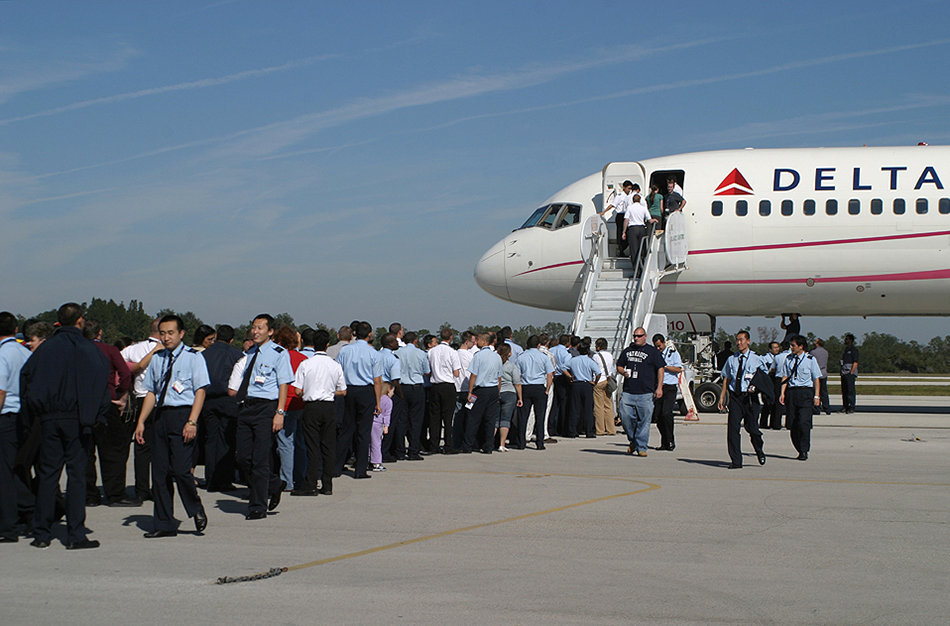 The new name of the Delta Connection Academy is Aerosim Flight Academy. This academy was the former subsidiary of Delta Air Lines. This Academy is situated at the Sanford United States. The ACCSC accredited this academy. ACCSC is Accrediting Commission of Career Schools and Colleges. Delta Academy came into being in 1989. This academy is known to be the best training pilot institute. Because of its quality education students from all over the world came here to study. It is not only a pilot training institutes, but it also offers many degrees. Such as Associate and Bachelor’s Degree Program. The training program includes private & Instrument training. Besides this commercial multi training, high altitude training and many other programs are also included.

Daniel Webster College was founded in 1965. In 2011, 717 students were enrolled here. While in 2010 its acceptance rate was 66%. It is situated at Nashua in the United States. It is a for-profit institute with 600 students. The campus is present in the suburban area. Its nickname is Eagles. Wdc.edu is its official website. This college was first established as the New England Aeronautical Institute. It is known Daniel Webster College as it was merged with the Daniel Webster Junior College Division in 1978. This prestigious institute also offers an online degree program. This well-renowned Institute was accredited by the New England Association of Schools and Colleges.

Rio Salado College was founded in 1978. It is a community college that is situated in Tempe in the United States. In 2010, 60,000 students were enrolled here. Chris Bustamante is the president of this institute. Its academic staff includes 22 faculty members and 1400 adjunct faculty. Take the next step is the motto of this prestigious institute. Riosaldo.edu is its official website. This well-renowned aviation institute was accredited by The Higher Learning Commission. This institute has also received many awards. such as it was given the salon award in 2011 and 2012 for exemplary workplace practices. 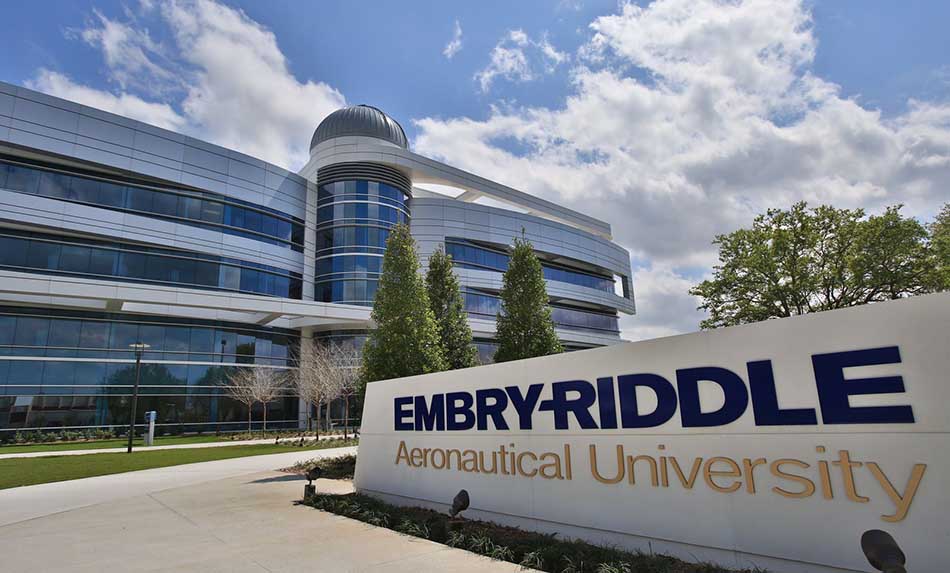 Embry-Riddle Aeronautical University is situated at Daytona Beach in the United States. In 2010, the acceptance rate of the Institute was 96%. While students enrolled here in 2011 were 6928. It is a prestigious nonprofit, independent institution. This well-renowned Institute offers more than 70 Baccalaureate Ph.D. & master’s Degrees in Aviation and many others. It’s noteworthy alumni include James Hagedorn, Nicole Stote, Terry W. Virts and many others. “Real Education. Above all” is the motto of the Institute. This private institute has an endowment of $ 114000000. In 2013, the academic staff of the Institute was 3351. Its nickname is The Harvard of the sky. Erau.edu is the official website of Embry-Riddle Aeronautical Institute.

6. Spartan College of Aeronautics and Technology: 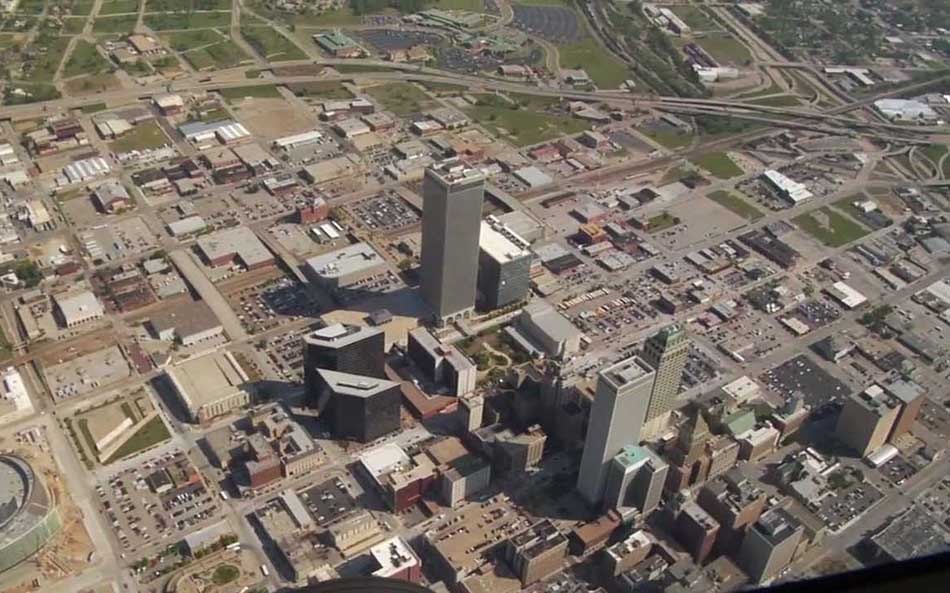 Spartan College of Aeronautics and Technology was founded in 1928. It is situated in Tulsa in the United States. In 2010, the acceptance rate of the Institute was 67%. Knowledge and skill overcome superstition and Luck is the motto of the Institute. Ryan Goertzen is the president of this private institute. Spartan.edu is its official website. Formerly it was known as Spartan School of Aeronautics. Its nickname is Spartan. The noteworthy alumni of the institute include Leon Vance, Robin Olds, Robert Dwayne Gruss and many others. It offers programs related to the Aviation, Aerospace, Manufacturing, and Technology Programs. 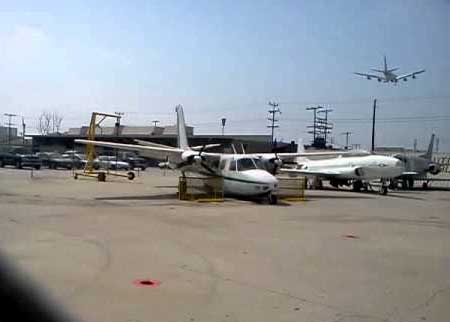 Crimson Technical College is situated in Aviation Blvd, Inglewood in the United States. This technical institute was established by the founder of Northrop Aircraft Company. This prestigious institute has skilled industrial professionals as skilled faculty members. Many programs are offered to students. Such as Career Development Assistance, Resume Training, and many other training programs. This well-known institute is accredited by Commission of the Council on Occupational Education. There are many areas of specialization that are offered to facilitate the students. Many degree programs are offered here to facilitate the students. Such as Air Craft Communication Systems, Aircraft Engines and Batteries, Flight Control System and many others.

Academy College was established in 1936. This prestigious institute is situated at the Bloomington United States. That is a private institute which offers Bachelor and Certificate programs in Aviation and many others. This well-known Aviation Institute is accredited by the Accrediting Council for Independent Colleges & Schools. Many degrees are offered in the aviation field by this prestigious and famous college. Initially, it was known as Academy of Accountancy when it was established in 1936. After the Bachelor’s Degrees, Medical & Health Science programs were introduced. It was then given the title of Academic College. The Medical Assistant Certificate Program of this college was accredited by CAAHEP. CAAHEP is Commission on Accreditation of Allied Health Education Programs.

3. Michigan Institute of Aviation and Technology: 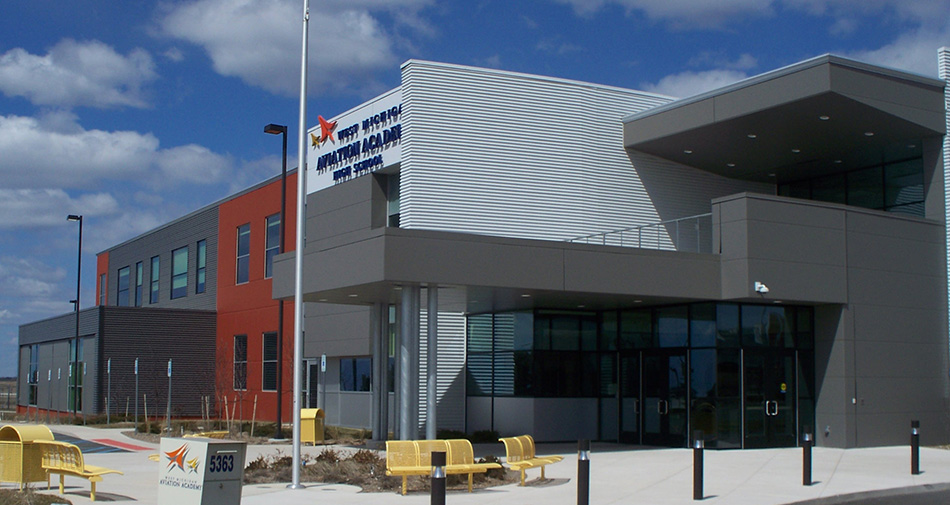 Michigan Institute of Aviation and Technology is also known as MIAT. In 2010, the acceptance rate of the Institute was 98%. This prestigious institute was accredited by Accrediting Commission of Career Schools and Tech. This Institute is also approved by the United State Department of Education, State of Michigan & by the Veteran Administration. In 2014, one of its campuses was also awarded ACCSCS School of Excellence Award.  This famous institute is also certified by the Federal Aviation Administration. 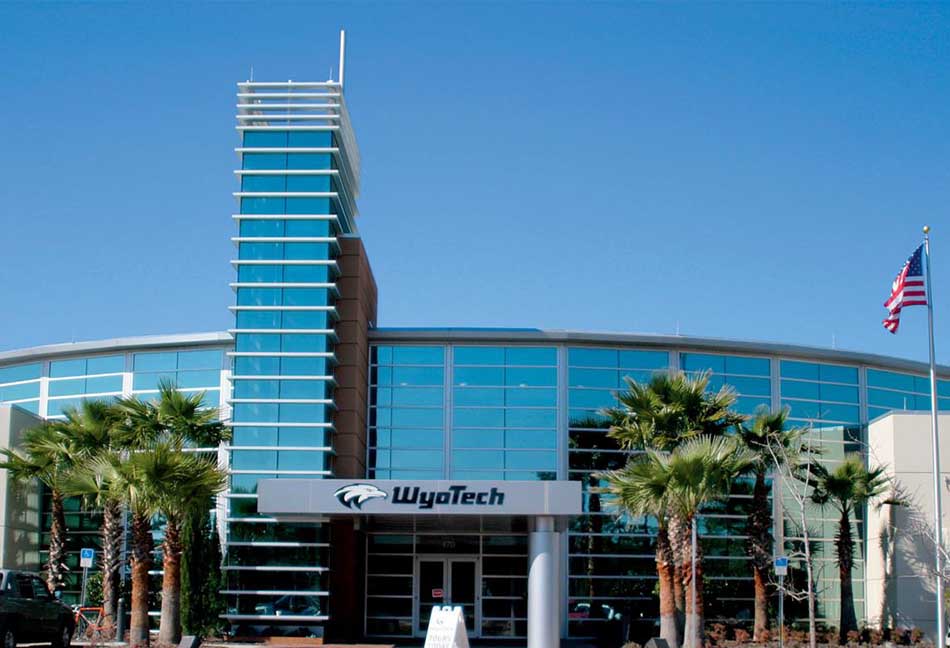 Wyotech Aviation Schools was established in 1966. Initially, School was started as an automotive institute but now it have also introduced other technical fields for the students. It offers many programs to facilitate students by the field they are interested in. Such as Watercraft Tech, Automotive, Ventilation and Air Conditioning, Electrician, Plumbing and many others. They offer many short-term training courses of less than 16 months to the students. Wyotech.edu is its official website where information regarding any training classes can be obtained. Information about the Collision, Automotive, Diesel, Motorcycle and Marine is available online in detail. They have also provided with the number on their website to facilitate as many students as they can. 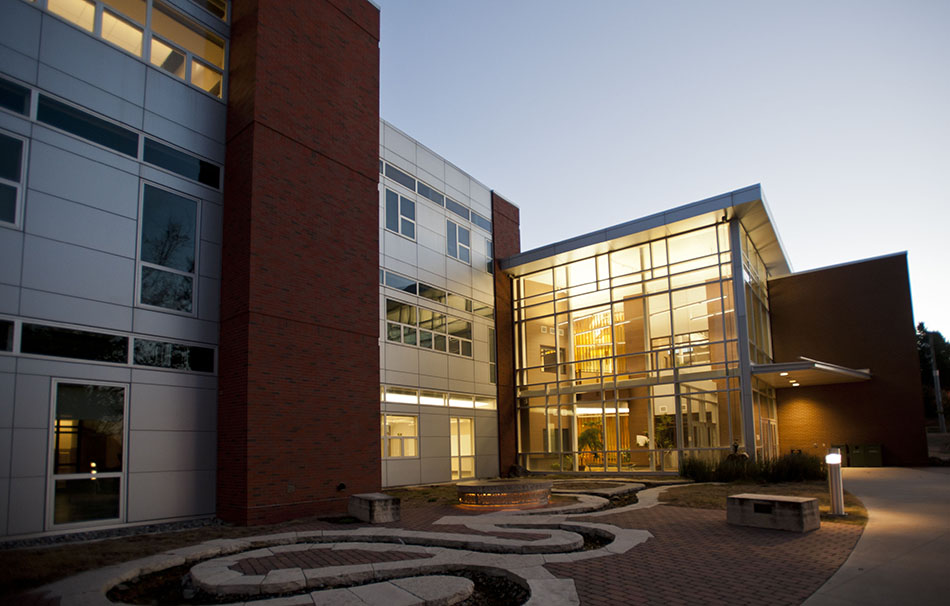 Hallmark College is situated at San Antonio, Texas in the United States. It is a private career school that was established in 1969. This prestigious institute is a non-profit university. It offers degrees in Aeronautics, Health Care, Business and Information Tech. Its College of Aeronautics offers Aviation Technician Diploma, Bachelors in Aviation Maintenance Management. Beside them, it also offers Associate of Applied Science in Airframe Technology and many others. We have ranked this well-renowned Institute because of its quality education. It is also certified by the Federal Aviation Administration.

The above mentioned were the prestigious aviation institutes that we have ranked. As we know, the number of students who wants to get admitted in these institutes are numerous. So it is highly competitive as many students came from different countries of the world to study here in these prestigious and well-renowned institutes. So this is the list of best top ten aviation colleges.