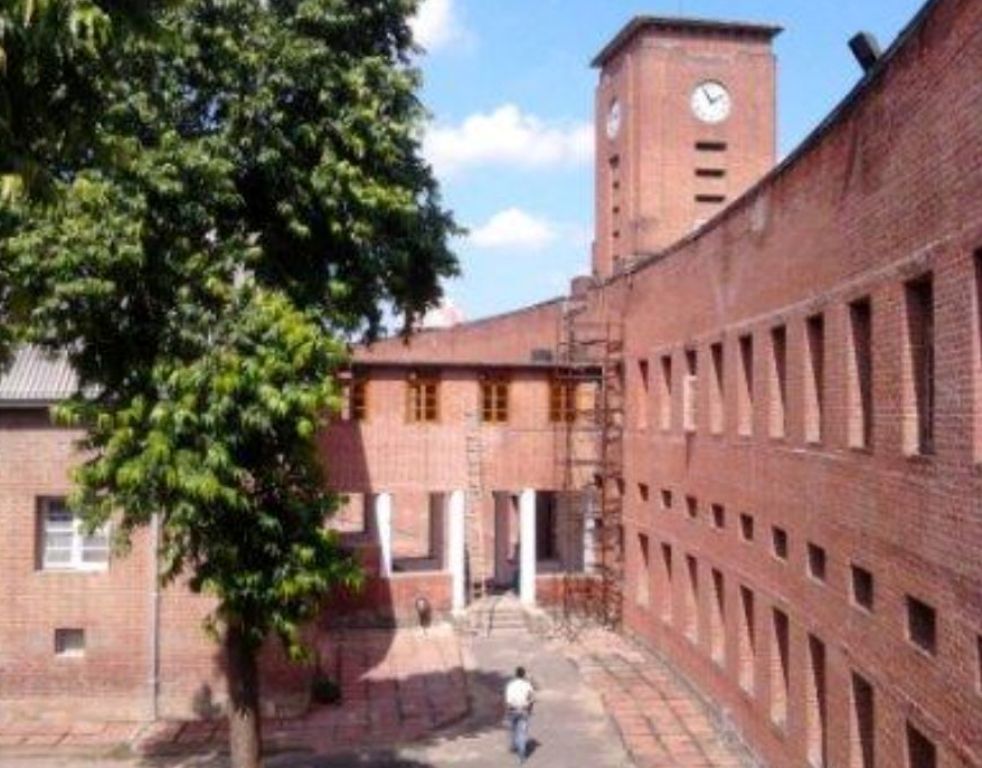 Today we will discuss the top 10 colleges in India for commerce along with their locations and contacts. This article is about best Indian Commerce Colleges. So in this article we will tell you about best Commerce institutes in India. Many authors have defined commerce in different ways. Commerce includes buying and selling of goods. That means it deals with the trade activities. It helps in building the social relations between people. As in commerce people from different countries are also involved. The main subjects taught in commerce are commerce, accounting, business law and many more. Students now days are keen to take admission in best colleges for commerce. Its scope is increasing day by day. Students who in the future wants to start their own business are doing commerce. Students who want to be a banker is studying commerce. Commerce is also done by the internet. And that is known as E- commerce. Computer network are used for E-commerce. So students in the country who want to study in top Commerce colleges in India must know about best institutes. In this article, we will highlight some of them. Commerce study in India was started in 1886. India Today has also ranked these institutes. Commerce institutes that we have ranked are as follows: 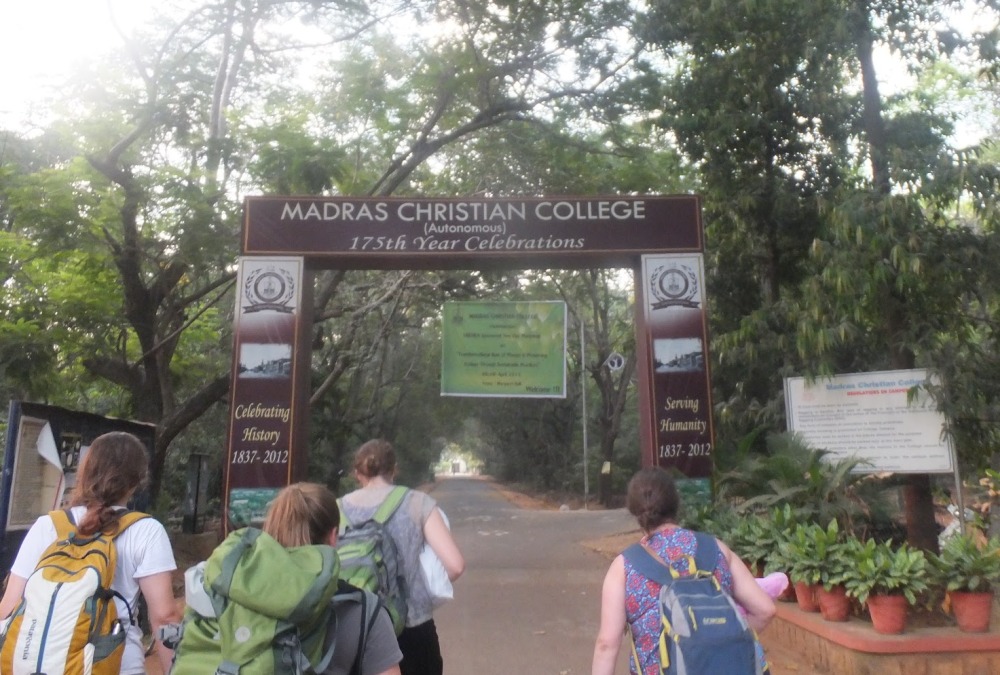 It is an arts and science institute. It is situated in Madras in East Chennai Tamil Nadu in India. This popular institute was founded in 1837. John Anderson was the founder of the Institute. Its noteworthy alumni include Indra Nooyi and T.N Seshan. This is a Government aided institute. It has 240 faculty members. Campus is in sub-Urban Area and consists of 365 acres. Music classes are also taught. Music is known to be a tradition in India. It also facilitates with the international guest house. It has its official website. Any information can be obtained from the website.

This institute was founded in 1948. It is situated in Malkaganj New Delhi in. In 2012 five thousand students were enrolled. Its noteworthy alumni include Shah Rukh Khan. He is known to be the king of Bollywood. He is a celebrity famous all over the world. People love him for his acting skills. Furthermore, its alumni include Anurag Kashyap. He is the famous filmmaker. Nevertheless Naveen Jindal and many more are included in its noteworthy alumni. It is a public institute. Pranjal Srivastav Is the president of the institute. It is affiliated with the university of Delhi. This institute was founded in the memory of Mahatma Hans Raj. 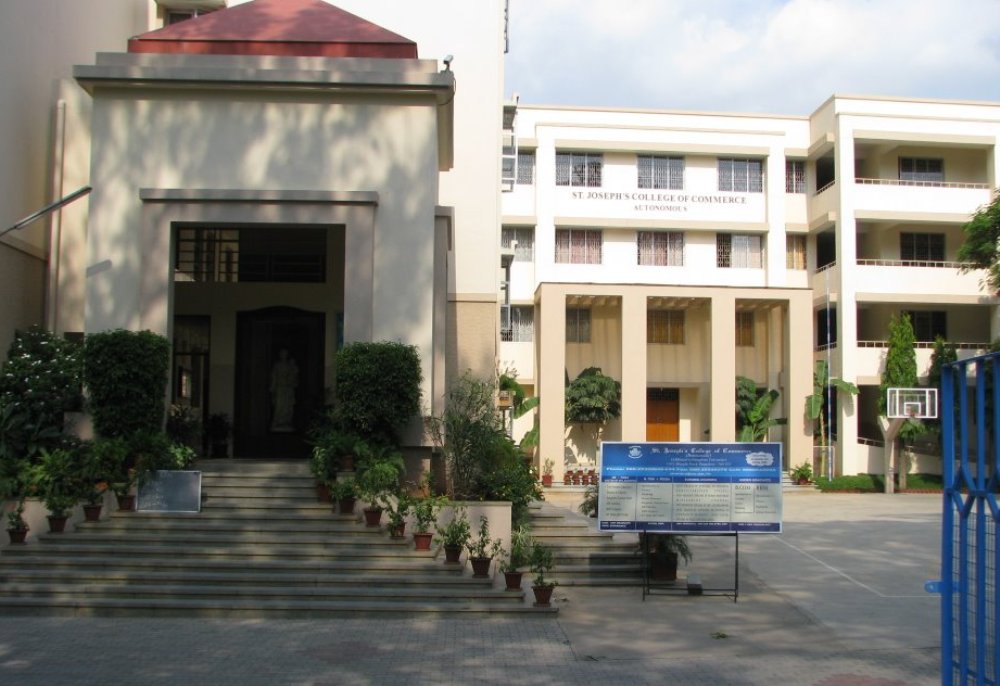 This Bangalore University was founded in 1882. It is situated in Bengaluru, Karnataka in India. It is affiliated with Society of Jesus.  It is also affiliated with Bangalore University. DR Daniel Fernandes is the principal of the institute. It is situated in the Urban Area. Its noteworthy alumni include Rahul David. He is the Indian cricket team player. He is well known for his playing skills. Furthermore, it includes the player of hickey team. He is Ashish Kumar Billal. NAAC have given five stars to this prestige institute. India Today have ranked it among the top 10 best institutes from 2006 to 2010.

7. SYMBIOSIS SCHOOL OF ARTS AND COMMERCE: 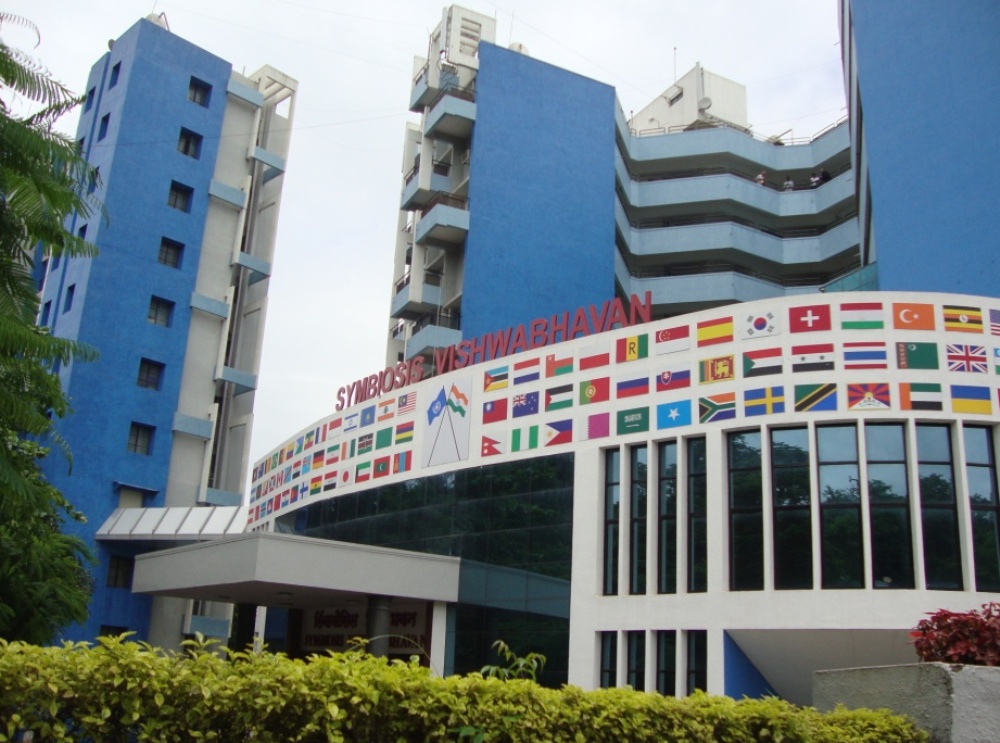 Padma Bhushan DR S B Mujumdar is the founder of this institute. It is situated in Pune in India. It was ranked 5th according to the survey conducted.  S. B Mujumdar is the Chancellor of the Institute. It is a private institute. And was established in 2002. Its campus is in the urban area. It is affiliated with the UGC and AICTE. Bhushan is the Vice Chancellor of this prestige institute. Symbiosis is a Greek word. That means living together for mutual benefits. It has 27000 students. It is well known for the commerce study in India. It has its official website. Any information related to admission can be obtained online. 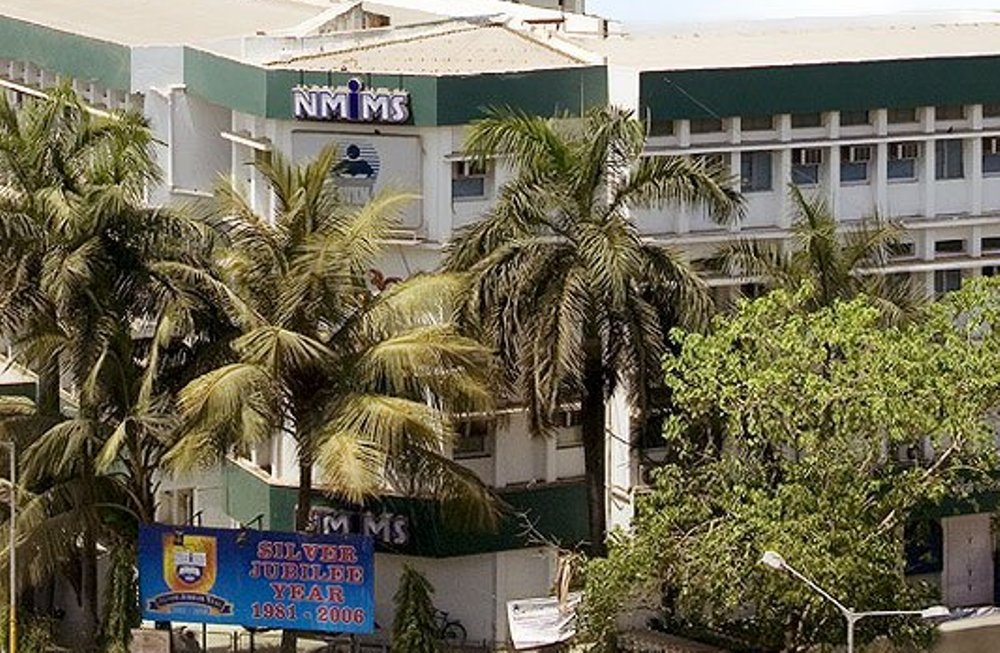 It is situated in Vile Parle, Maharashtra Mumbai. It was established in 1964. It was established by Shri Vile Parle (SVKM). It has been given the factual rank of 5 and perceptual rank of 3. India Today have ranked this prestige institute as 3rd. It is one of the well-renowned institutes in the country known for commerce education. Their student also gained 1st position in the Fashion Event. And they got 2nd position in the Rajneeti and Quiz. They also attained 3rd position in the college festival in FIFA Console gaming. This was the college festival of Mithibai. 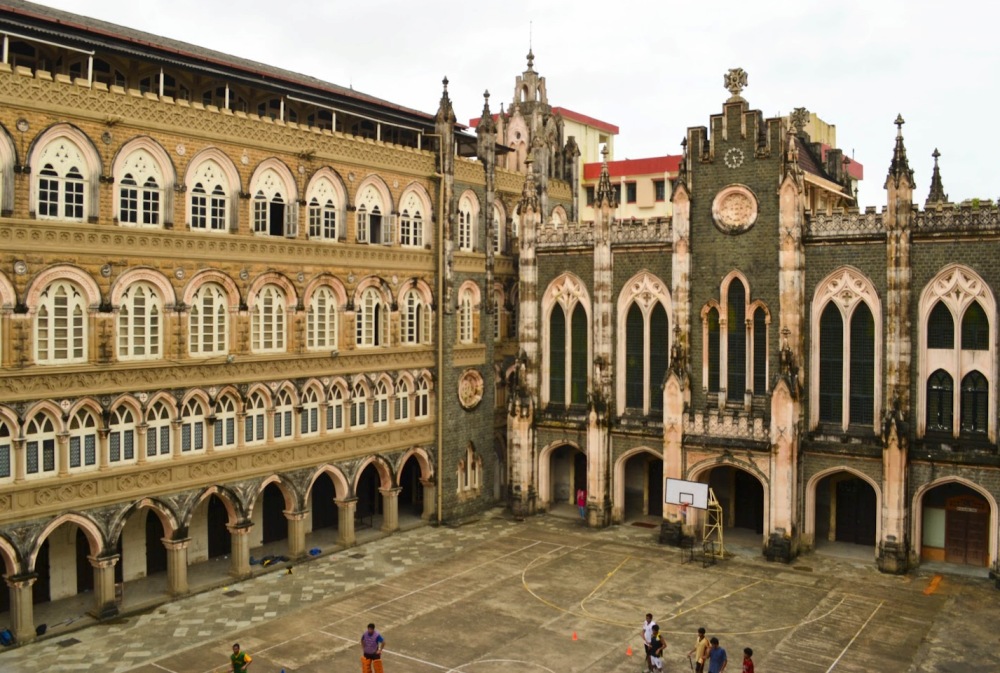 This prestige institute was founded in 1869. It is situated in Maharashtra Mumbai in India. The major programs offered by this institute are Linguistic, Psychology, Humanities, CS and IT. It also offers Eco and Commerce, Business Management, Science and Journalism, PR, Media, and Communication. In 2014, it was ranked by India Today 3rd for Sciences. And in2014 India Today ranked it 4TH for Journalism, PR, Media and communication. While it was ranked4th for Humanities while 5th for Eco and commerce.  In 2011 India Today ranked the Humanities department ranked 4th and in 2012 it was ranked 3rd. in 2007 it enrolled 2747 students. Religiously it is affiliated with Jesuit (Catholic Roman). In 2007 NAAC, have given it five stars. In 2014, this prestige Institute completed it 16 years. 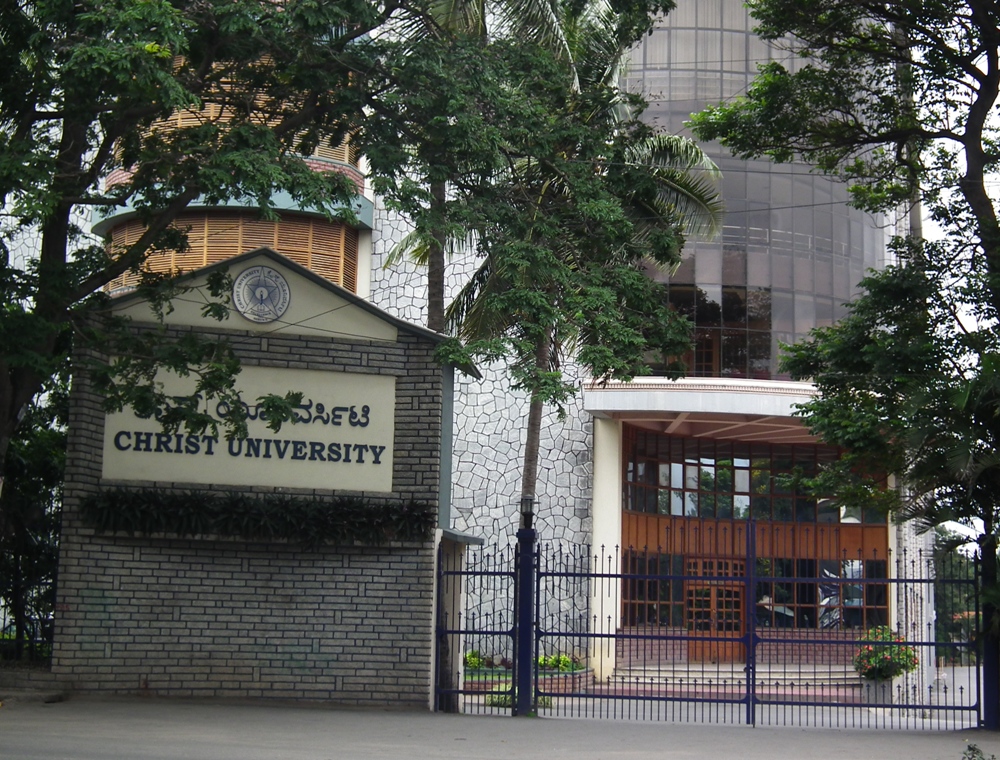 It is situated in Hosur Road Karnataka in Bengaluru in India. It is a private university. It is present in the urban area. This prestige and popular Institute were founded in 1969. India Today in 2014 ranked it 4th in Sciences and 1st in Computer Science and IT. It was ranked 1st in Business Management and 6th in Humanities. In addition to commerce, it offers programs in Law, Humanities, Engineering, and Tech. It also offers Education and Teaching, Psychology and many more. It also offers classes In Music and Dance, Hospitality. Tourism and Events classes are also offered.  India today ranked this prestige institute at 23rd in 2013. It was also also ranked it 31st in 2014. In 2014 2384 foreign students came to get themselves enrolled in university. 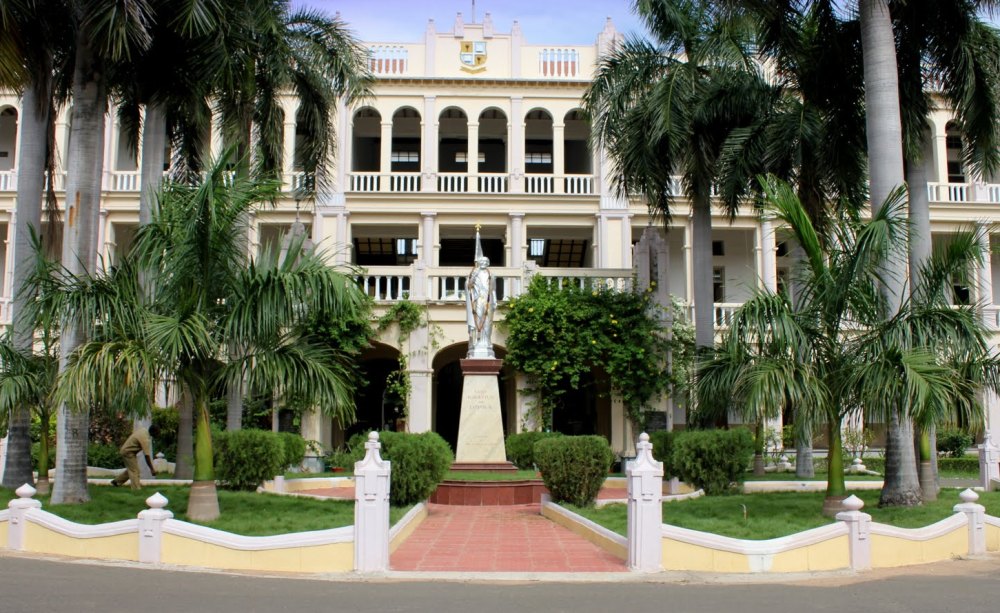 It is situated in Sterling Road, Nungambakkam Chennai. It is a Jesuit institute that was founded in 1925. With the name of Loyola College, it has official website. Any information can be obtained from online from the website. It has been consecutively ranked among the best five institutes. It has been ranked among top five in arts, natural and social sciences and commerce. UGC have given it the title “college of excellence”. In India, it is the only institute that is being rewarded by this title. Its noteworthy alumni include Vijay, Vikram and Mahesh Babu. Furthermore, it includes Sanjay Pintu. He is the editor of Loyola Herald. He is also the president of Loyola debating society. Its alumni not only include politicians and business personalities. They also include religious people and people from theater and cinema industry. 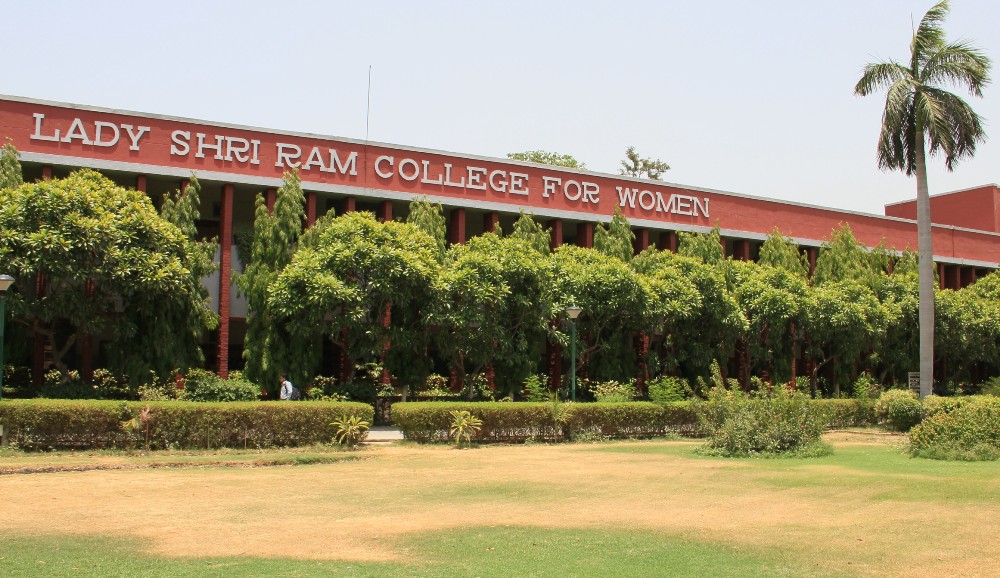 This prestige institute is situated in Lajpat Nagar in Delhi. It was established in 1956. This prestige institute was established in the memory of the wife of Lala Shri Ram. Lala Shri Ram was the founder. In addition to commerce, it offers Humanities, Linguistic, Eco and psychology. It also offers Education and Teaching. Journalism, PR, Media and Communication and Mathematics and Statistics are also taught. In 2014, India, Today ranked it 2nd in Journalism, PR, Media, and Communication. India Today ranked 2nd in Eco and commerce. It was also ranked 1st by India Today in Humanities. It provided library and bookstore facilities to the students.  Computer Lab, Bank, counseling cell and health center facilities are also provided. Its noteworthy alumni include Vinita Bali and Shriya Saran. Nidhi Razdan, Maneka Gandhi are also included in its notable alumni.

It is situated in Maurice Nagar in Delhi. It is a private institute. And it was established in 1926. DR Ashok Sehgal is the principal of the university. It is affiliated with the university of Delhi. Its campus is in the urban area. It offers bachelors of commerce (honors). Its noteworthy alumni include Rana Kapoor. He is the CEO of Yes Bank. Furthermore, it includes in its alumni Vijay Jolly and Nimrat Kaur. Vijay Jolly is the senior politician of India. While Nimrat Kaur is the actress in India. Nevertheless, Bingu WA Mutharika is also included in its alumni. He was the former President of Malawi. India Today ranked it as number 1 Commerce institute in 2011, 2012,2013 and even in 2014. This prestige institute is well known for its quality education.

The above mentioned were the famous commerce institute of India. They are also ranked by India Today. They are providing quality education to the students. These institutes include many noteworthy alumni. Not only senior politicians but many actors, directors are included. In addition to them many film makers, businessman and religious personalities are also included in its alumni.